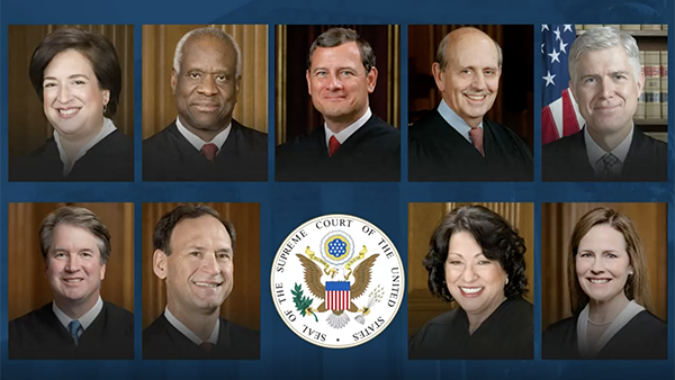 The U.S. Supreme Court heard oral arguments today on whether the Occupational Health and Safety Administration overstepped its legal authority by issuing a vaccinate-or-test requirement affecting over 80 million workers at private businesses that employ 100 or more people companywide.

The Supreme Court, which conducted oral arguments over a live audio feed because it is closed to the public due to COVID-19, did not immediately issue a ruling but may do so before Monday.

Scott Keller, an attorney for the National Federation of Independent Businesses, told the justices that OSHA had exceeded its authority and this mandate would lead to widespread resignations and staff shortages, billions of dollars in compliance costs, and damage businesses and the national economy.

“This is going to cause a massive economic shift in the country, billions upon billions of non-recoverable costs,” Keller told the justices. “Testing also is not frequently available. Among those employers who have attempted to do so, only 28% are able to find adequate providers to ensure that weekly testing is available for employees.”

Keller said the OSHA rule would lead to worker resignations and economic losses for businesses.

“When this takes effect, workers will quit,” Keller told the court. “That itself will be a permanent worker displacement that will ripple through the national economy.”

In addition to the challenge to the OSHA rule brought by a coalition of business and religious groups and the attorneys general of Republican states, the justices must also consider a separate directive from the Biden administration that requires COVID-19 vaccinations for certain healthcare workers at hospitals, nursing homes and other facilities that participate in Medicaid and Medicare programs.

The directive from the U.S. Department of Health and Human Services’ Centers for Medicare & Medicaid Services impacts more than 10.3 million healthcare workers. Covered staff had been originally required to get their first dose of the COVID-19 vaccine on Dec. 6, but two lower court opinions had blocked the mandate in 24 states. The Justice Department is asking the Supreme Court to vacate that stay.

Brian Fletcher, principal deputy solicitor for the Justice Department, told the Supreme Court that healthcare workers at nursing homes and hospitals serving Medicare and Medicaid patients are caring for people who are especially vulnerable to COVID-19 in settings that are conducive to the spread of the virus.

“Vaccination is the best way to prevent workers from infecting their patients with a potentially deadly disease,” Fletcher said. “But preliminary injunctions in these cases are delaying that urgently needed protection for Medicaid and Medicare patients in half the country.”