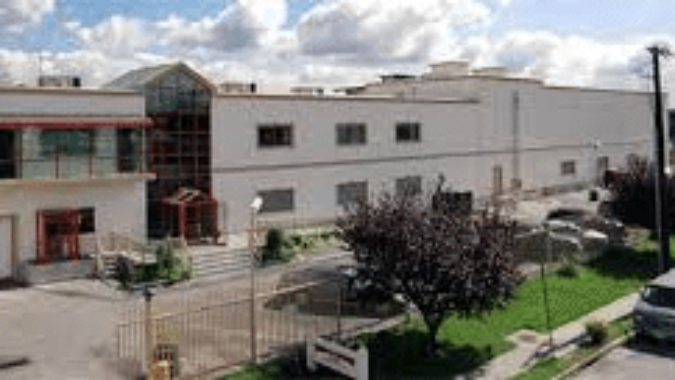 In 1969, Astronaut Neil Armstrong became the first man to walk on the moon sharing his immortal words, “That’s one small step for man; one giant leap for mankind.”  The literal and figurative footprint that Armstrong left on the moon was an amazing achievement—a culmination of eight years of hard work and determination by NASA that started with the late President John F. Kennedy’s promise that we would safely land on the moon before the end of the 1960s.

That same year Carlos Vieira arrived from Portugal with a dream to open his own bread baking company.  Bread is an important part of Portuguese culture and is often an integral part of every meal. The passion for bread is similar to those who have discerning tastes for wine and cheese, and being a bread baker is an honored profession.  Carlos brought that same passion with him to the U.S., which is surely one of the main reasons for the success he has had.  Let me share that with you here.

His story starts in 1969 when he arrived in New Jersey. He bought a delivery route for five hundred dollars and began delivering bread house to house with his 1969 Ford Maverick.  In 1974, Vieira’s Bakery, an NJBIA member since 2011, formally began operations, which started in an old garage in Newark that was converted into a 1,000-square-foot bakery.

In 1978, he married Maria Domingues Vieira and together, they bought a bigger bakery with 3,000 square feet and a small retail store.  They continued the house-to-house deliveries but started selling their bread to stores within a 20-mile radius as well.   A decade later, he purchased a third bakery in the Ironbound District of Newark, this time with 7, 500 square feet, which produced enough bread to employ a fleet of 10 delivery trucks and build a customer base that included many supermarket chains and independent distributors.  Three years later, the bakery expanded to 13,500 square feet and was featured in Bakery Production and Marketing magazine.

In 1998, having reached capacity in their existing  plant, he built a brand new, state-of-the-art  60,000-square-foot facility on Avenue K in Newark, where they are still based today.  Using the best of automated technology, they could now produce about 25,000 rolls an hour, which was the driving force to expand their customer base to a 200-mile radius covering six states.  New equipment imported from Europe and a facility expansion to 100,000 square feet in 2004, enabled production to reach 45,000 rolls per hour and grow the company even further.

Today, Vieira’s Bakery remains a family-owned business  not only renowned for being the creators of the original “Portuguese Roll,” but also one of the largest and most respected wholesale producers of “European Style” breads in the country, which not only ship nationwide but to Canada, Bermuda and the Caribbean as well.  Carlos is a consummate professional, and Vieira’s Bakery, in addition to being an NJBIA member, is also a member of the International Dairy Deli Bakery Association (IDDBA) and the National Restaurant Association.

By any measure, Carlos has left his own footprint in not just the wholesale bakery world, but more so in the spirit of this country that with hard work, determination and genuine passion for what you do, reaching great heights of success is possible.

For more information about Vieira’s Bakery, visit their website at www.vieirasbakery.com.

Vieira’s Bakery is just one of 20,000 companies that comprise NJBIA’s membership, which is very diverse with representation from an amazingly large and wide spectrum of fields, industries and professions.  Look for more unique stories about NJBIA members in future issues of “Beyond 10 West Lafayette,” NJBIA’s membership blog.