Warehouse Demand Deepens Despite Bill Aimed at Slowing Them Down 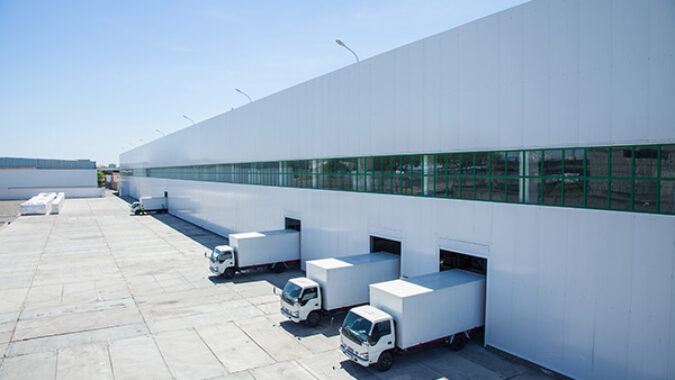 A new report this week detailed record low vacancies for warehouses in New Jersey amid surging e-commerce in the state – further justifying NJBIA’s opposition to a bill that would weaken local authority over warehouse development and harm the state’s economy.

Bill S-3688, which requires towns receiving warehouse applications to notify adjoining municipalities about the plans to get their approval, is expected to be back on the docket during the lame duck session, which starts on Nov. 8.

“New Jersey is a torrid market for logistics space and is a thriving distribution center,” said NJBIA Vice President of Government Affairs Ray Cantor. “This is a historic time when e-commerce is growing exponentially, logistics and distribution jobs are rising rapidly, and supply chain issues are increasingly prevalent. This is not a time to take the wind out of our economic sails.”

A report from Newmark, a commercial real estate company, said the asking price for industrial rents increased to a record $10.72 per square foot – or 15.6%. Vacancies dropped to 3.4%. The warehouse vacancy rate, according to the report, is down to 2.9%.

Newmark listed “insatiable demand from ecommerce” and a “long-term shift in consumer habits toward online spending” as the reasons for the continued growth.

Cantor noted that New Jersey, as a logistical state, has the second largest port in the nation and the largest port on the East Coast.

He said the 6-year, $1.7 billion project to elevate the Bayonne Bridge from 151 to 215 feet – completed in 2019 – was done to increase the state’s role as a logistical state and drive its economy.

“In other words, (the project) worked,” Cantor said. “Let’s also not forget that in addition to what logistics brings to our economy, the construction of warehouses also brings good-paying jobs to union construction workers.”

Bill S-3688 aims to curb “warehouse sprawl” by requiring municipalities to get the approval of neighboring towns.

Any disputes between towns would be resolved by county planning boards or the State Planning Commission, under the bill.

Cantor said there is room for improvement that can be made regarding the planning and development of warehouses and other like facilities in New Jersey. But the proposed bill would slow or stop New Jersey’s logistical growth.

“We need to remember these developments are a good thing for the state, not a negative,” Cantor said. “Additionally, we already have sufficient laws on the books to consider all the potential impacts of these developments and to address concerns of neighboring communities.

“But should this bill move, we will only needlessly create uncertainty in the marketplace and threaten the jobs that come with it,” he said.