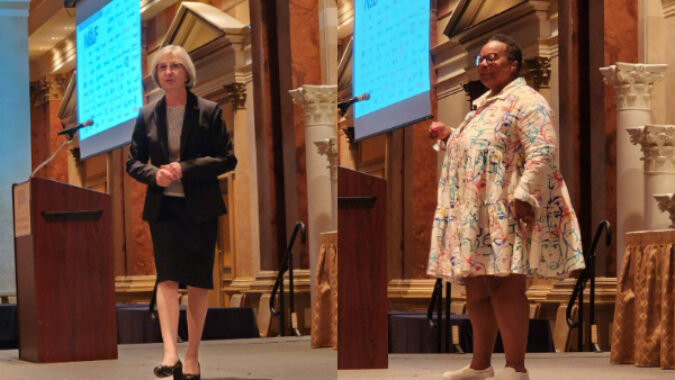 Justice Jaynee LaVecchia, a partner at the law firm of McCarter & English, LLP and a former New Jersey Supreme Court Justice, contemplated that it only takes a few short strides to move from being in front of a decision-maker’s desk to sitting behind it and becoming a leader.

Additionally, she said that having a title of authority does not mean it delivers leadership.

“That has to come from somewhere else,” LaVecchia told the audience of mostly businesswomen.

Her “a-ha” moment on learning resiliency was displayed by Gov. Tom Kean, whom LaVecchia served as an assistant counsel. She recalled that during a gathering of assistant counsels reporting to Kean after an all-night legislative session, there were no legislative victories to report, until one counsel responsible for environmental issues, declared a victory on a fishing bill.

LaVecchia recalls, “The governor was as calm as can be. He saw that the mood of the room was moving further down in levels of discouragement.”

When Kean heard the one bit of good news, LaVecchia said he stood up and in a very loud voice said, “’That’s a very important bill, good work everybody. We accomplished an important goal today.  We will fight some more on the other bills. Good work everyone!’

“With that, everyone’s attitude changed. In that one small gesture, the governor gave us cohesiveness because we stopped focusing on our individual failures. He fostered resiliency by focusing on the one good thing that happened that day. That was my ‘a-ha’ moment,” LaVecchia said.

The lesson is that everyone should look back on their lives to find their “a-ha” moment.  “I drew back on my own experience and realized that leadership isn’t taught. It is experienced,” she added.

Marjorie Perry, president & CEO of MZM Construction & Management Company, discussed her story of determination because her “vision and dreams were always bigger that my failures,” she said.

Once a director of marketing and sales for United Airlines, Perry recalled the time she had to persuade fashion designer Ralph Lauren to switch airline companies and fly with United. During a flight to Japan and China, with multiple layovers, she had the opportunity to talk with Lauren who asked her why she was not in business for herself.

Lauren inspired Perry to be an entrepreneur. She decided to enter the construction industry but confessed that she didn’t have much experience in the field.

Growing up in project housing in the city of Newark, Perry said driving her was the fact that she didn’t want to live in poverty again. However, her fledgling business lost $1 million on its first contract, which set Perry back some five years. “This was dumb and painful, but life-changing at the same time,” she recalled.

Perry told the audience of nearly 500 one must sell oneself as well as their product or service. When she lost the $1 million, she had to “sell herself” to get support from people she reached out to. She did this by telling them, “If you help me, I promise you I will make it! … So, I went back and got an MBA and Civil Engineering degree.”

She would also attend Harvard Business School to complete the OPM Executive Program. While there, her professor once told her, “You think too small.”

Perry told the audience, “You must think big and think about scale. Ninety percent of U.S. businesses stay at the boutique level. Why? They get in their own way. … You have to break up your psychology and mindset as to why you are doing what you continue to do.”

Another lesson she learned at Harvard was realizing that she was just as important and powerful as the people in her cohort. “I may not have a $500 million company,” she said referring to another student, “but I have a $500 million mindset. It’s about how you think. My power is just as equal to your power, I don’t care how much money you have.”

Her final words to the audience were: “When you are in business, you are also in life and your mindset has to match the goals and strategies of your organization. If you could marry all of that with the highest level of integrity, peace, love, joy, family and values, then you will have a successful business.” 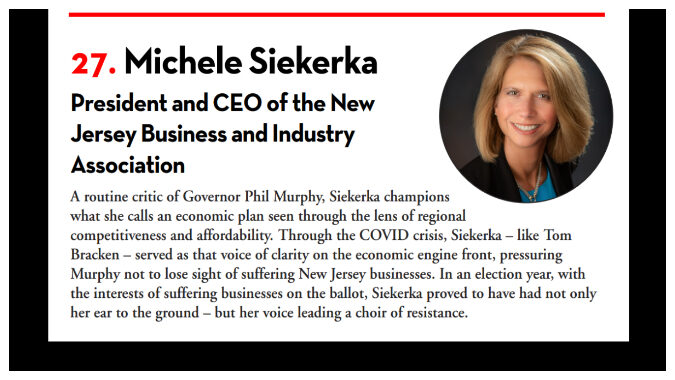