What to Watch for in FY2023 State Budget 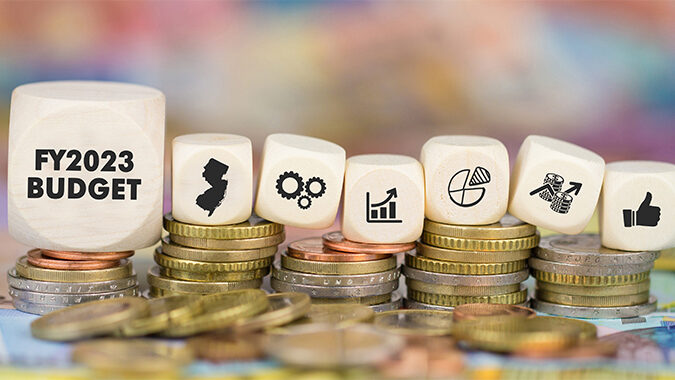 Gov. Phil Murphy will present his FY2023 budget on Tuesday at the Statehouse and there’s no shortage of opinions on how and where he should allocate funds in a cash-rich year for New Jersey.

NJBIA Vice President of Government Affairs Christopher Emigholz said the goal of the budget should be to achieve balance for business and taxes amid competing priorities throughout the state.

“Obviously, when you’re talking about additional billions through revenues, federal relief funds and borrowing, the stakes are going to be higher because New Jersey may never be as flush with cash as we are now,” Emigholz said.

“But the hope is we both save and spend wisely for the overall economic health of the state.”

Here are some areas to watch for:

NJBIA and other business groups and economists warn of the dangers in adding new programs that will require recurring spending, when New Jersey won’t necessarily be in this fiscal position in the future. The risk is future tax increases to accommodate those programs in the future.

However, Emigholz said that – beyond money going toward tax relief every year – New Jersey should, in fact, include pro-growth spending as part of the FY23 budget.

“It is good to spend in areas where we know we can maximize our return on investment and generate more tax revenues, without needing to increase taxes,” Emigholz said. “We’re talking stimulation of the economy through infrastructure, innovation and workforce development.”

“Whether it’s part of this budget process or not, we do need a plan – and it should be inclusive of the public and the Legislature, as well,” he said.

Emigholz said it’s important to find money in the budget to result in property tax relief for all.

Bill S-330/A-1012 would increase the amount of funding distributed from the Energy Tax fund to $330 million over five years. Municipalities would be required to use the new funds to reduce their property tax levy.

It passed the full Senate this week.

“We would hope that $330 million could be found in the budget for this bill,” Emigholz said. “New Jersey property taxes are the highest in the nation and represent the largest state and local tax that businesses pay. Any step we can take away from being such a national outlier, and toward more affordability, is a good one.”

Despite Gov. Murphy’s campaign vow to not raise taxes in his second term, the fact of the matter is New Jersey businesses are on the hook for a nearly $1 billion tax increase over three years to replenish the Unemployment Insurance Trust Fund that was drained during the pandemic.

While most states used federal relief funds to eliminate or reduce that burden, New Jersey has not.

On Monday, bill S-733 is expected to get a vote in the Senate Labor Committee. This bill would reduce the pending payroll tax increase, while also using federal money to pay off the federal unemployment insurance loan and avoid unnecessary interest.

“This bill should absolutely be part of the budget conversation,” Emigholz said. “While we’re grateful that businesses were hit with this $1 billion tax increase over three years, instead of in one shot, the fact is it was not the fault of business that their businesses were shut down and people were forced into unemployment. This is a big tax hit that should be addressed.”

Emigholz gave great credit to Gov. Murphy for committing a $6.9 billion pension payment in the FY22 budget. It was the largest of its kind and New Jersey’s first full pension payment since 1996.

“These are liabilities that are an unfortunate reality for New Jersey’s budget and there’s no question that staying on that path this year will help improve the state’s fiscal outlook,” Emigholz said.

Emigholz does expect the FY2023 budget to include a sizable commitment to the state’s Surplus Revenue Fund – more commonly known as the Rainy Day Fund. He wants to make sure the budget strikes a balance between responsible savings, job creation and stimulating the economy.

“If we go too far in restoring the Rainy Day fund, you wind up with that uneasy feeling you’re putting money under your mattress while still losing sleep that you have the highest tax burden in the nation,” Emigholz said.

“This is where balance is important. Can we get to a place where New Jersey is not such an outlier in the nation for taxes, while still improving and protecting our own economic health? That should be the goal of this budget.”

It doesn’t make the headlines as much as property taxes, but New Jersey continues to have the highest top corporation business tax rate in the nation (11.5%) and it taxes the foreign income of our corporations more than any other state.

Could the FY23 budget allow for some corporate tax savings?

“I’m not sure we’ll see it in the governor’s first proposed budget on Tuesday, but it should be part of the conversation with the Legislature as they negotiation a final budget,” Emigholz said.

“Again, it’s a matter of balance. Do we have to be such an outlier? How can we move the needle the other way, so that we make ourselves more attractive to other corporations? These conversations should be happening during the budget process.”