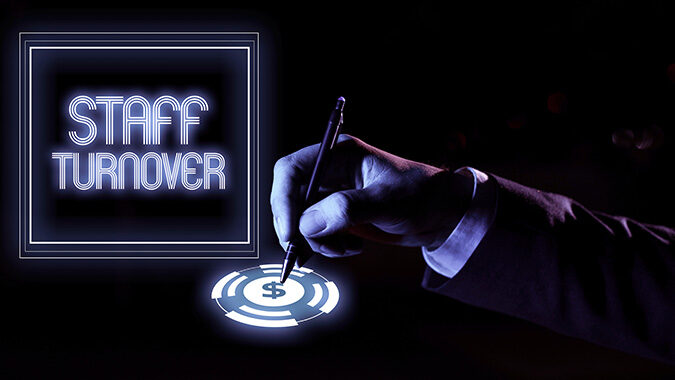 Employee turnover affects businesses of all sizes, but a new report also finds that resignations can be contagious within a workplace, exponentially increasing employee replacement costs.

The data research analytics company Visier recently took a deep dive into its community database of more than 17 million anonymized employee records and found that one resignation increases the likelihood of further staff turnover by between 7% and 25%. The highest risk was among very small teams impacted by a resignation that was voluntary, rather than involuntary.

Timing is key if managers want to stop the spread of “turnover contagion” in their workplace, the report said. The probability of further staff turnover is highest between 45 and 135 days after the first quit and peaks at Day 70.

“You need to act quickly,” said Andrea Derler, Ph.D., Principal, Research and Customer Value at Visier. “The critical time frame to have those ‘stay-conversations’ is between Day 1 and Day 135 after the first team member’s resignation. Don’t assume that one team member’s departure won’t affect the others, but instead, engage them in conversations around their reasons for staying.”

The report, “Turnover Contagion is Real: A Data-Based Approach to Reducing Attrition,” recommends that HR people put together “risk profiles” of employees to help managers determine if a resignation will lead to further staff turnover. Answers to these questions will help gauge how likely other employees are likely to quit.

The resignation of any employee should be viewed as an opportunity to revisit the rest of the team’s engagement, the report said. Managers should look out for signs of “pre-quitting behaviors” among the former employee’s colleagues, such as a decrease in productivity, lower commitment levels on longer term timelines, or less interest in trying to please their manager.

Understanding resignation patterns within a company as is understanding its cash flow because recruiting, training and hiring replacement employees is a costly and time-consuming endeavor. A 2016 Bersin by Deloitte report put the direct and indirect costs, including lost productivity, at $109,676 per employee.

“While it won’t be possible to prevent resignations from happening altogether, there are a few things effective managers can do to mitigate the risk of turnover contagion,” Derler said. “Ideally, their organizations provide them with data and tactical recommendations on how to approach talent retention on a daily basis.”