Winners and Losers with a Federal $15 Minimum Wage 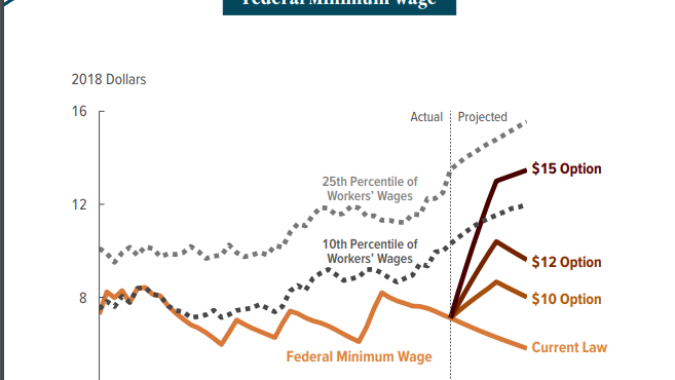 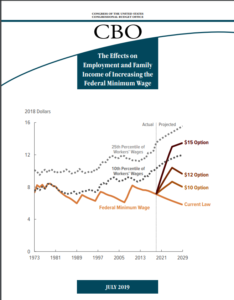 CBO examined what would happen to employment and family income with increases to the federal minimum wage of $10, $12, or $15 per hour by 2025. The report was released July 8.

The agency also gave “a two-thirds chance that the change in employment would be between about zero and a decrease of 3.7 million workers.”

The $10 and $12 options would have smaller effects in both wage increases and job losses.

The Hill reporter Niv Elis noted the report gave both sides ammunition in the fight over legislation to raise the federal wage rate.

New Jersey enacted a $15 minimum wage law this year. The first phase, raising it to $10 an hour, took effect on July 1.