This proposed constitutional amendment is a profound game changer. If our constitution is amended to require annual pension payments, which would stretch into the billions of dollars (estimated to be between $3B and $5B), it would create an annual budget crisis that pales in comparison to anything we have seen before.

Constitutionally requiring pension payments on a quarterly basis would change the state’s business model. Under this amendment the state would be required to make pension payments before any other fiscal obligation it has. The pension payment would become a super priority taking precedence over education, healthcare and public safety.

The amendment would tie the hands of future Governors and Legislatures. Each year when proposing and enacting a budget our lawmakers are challenged to balance competing priorities against available revenues and determine the programs that should be funded and at what level. This proposal would make an already difficult process far more challenging.

Requiring quarterly pension payments has proven in the past to be bad public policy. For example, the state of Illinois constitutionally requires pension payments. Illinois hasn’t had a state budget in effect for nearly a year making it very difficult to meet its obligations for important services such as education, healthcare and public safety.

This amendment will provide that super priority for the benefit of about 10 percent of our state’s residents to the detriment of everyone else when the state falls short on resources to make its required pension payment. When, not if, that occurs the only remaining alternative will be to raise taxes to generate the revenue. We say the “only alternative” because the other option—cutting programs—has proven over the years to be a very elusive goal. In particular, we would be facing a reduction in safety net programs. And, given the funding issues that many of these programs already face, the state would be hard pressed to make any further cuts, thus leaving significant tax increases as the only option.

Raising revenue will start with the millionaire’s tax (which is a tax on small business) and the Corporate Business tax surcharge which are typically proposed. However, these two tax increases alone would only generate a little more than $1 billion, far short of the $3-5 billion, or more, that would be required. As a result we would be facing significant income and sales tax increases on all New Jersey residents to make the payment.

New Jersey already has the highest taxes in the nation. In fact, when you average New Jersey’s four main taxes- income, property, sales tax and the corporate business tax, and benchmark that against every other state in the nation and the District of Columbia, New Jersey comes out dead last- 51st.

Our cost of living is already untenable and is driving significant tax revenue from the state. In 2013 alone, New Jersey experienced an outflow of over $3B in net adjusted gross income. How does that stack up nationally? Using GDP as the standard New Jersey again ranks dead last among all states and the District of Columbia with a net income outflow as a percentage of GDP of –0.55 percent. New Jersey’s residents and its economy simply cannot afford this pension amendment.

Proponents suggest that annual revenue growth will keep up with the added expense. They are right only if revenue continues to grow every year at a substantial pace. However, growth is not guaranteed and in fact we are now seeing a revenue shortfall that is causing deficits in both the FY 16 and FY 17 budgets.

Further, there is no flexibility provided with a constitutional amendment to allow for a change in course should there be a recession or another Superstorm Sandy. And, we should not be so quick to forget that our state is just now recovering from the recession, in some ways still lagging the nation. Now is not the time to be constitutionally committing any part of our budget for any one mandated purpose. Instead what New Jersey needs is a comprehensive and practical solution to the pension crisis and healthcare reform.

The legislature has a fiduciary responsibility to show New Jersey taxpayers specifically how this proposal would be funded, not just now, but into the future. We have not seen evidence of that to date.

For these reasons, we respectfully ask that you vote “NO” on ACR109. Thank you for your consideration of our comments. 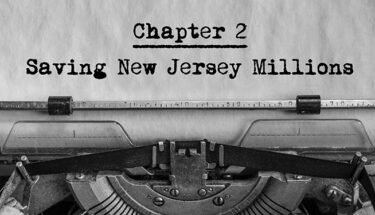 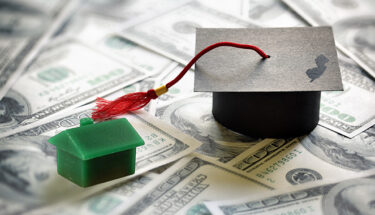 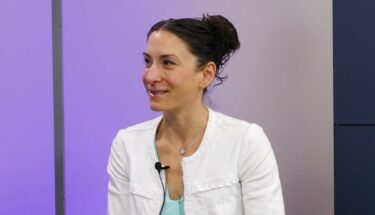