Applause for the State Theatre 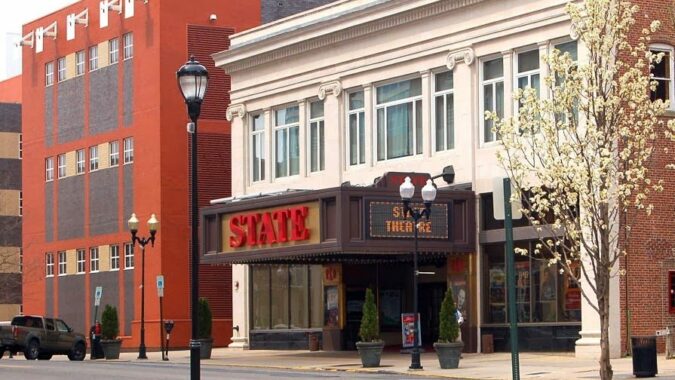 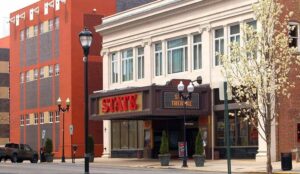 The State Theatre in New Brunswick was founded in 1921

Founded in 1921 as a vaudeville and silent film venue, the theatre has a fascinating history.  It was designed by Thomas W. Lamb, one of the world’s most renowned theatre architects, who would go on to design such jewels as the Fox Theatre in San Francisco (1929) and the  B.F. Keith Memorial Theatre in Boston (1928), which lives on today as the Boston Opera House.

Originally named “Reade’s State Theatre,” it was heralded as a lavish and modern theatre and a ticket, ranging from 20 to 50-cents, provided guests with unsurpassed entertainment ranging from live orchestra to film to vaudeville acts.

With vaudeville acts being the key attraction of the day, management was turned over to the B.F. Keith theater chain, owned by Benjamin Franklin Keith and partner Edward Franklin Albee, who were the largest bookers of vaudeville talent on the east coast.  They would soon merge with west coast booking power Orpheum to form Keith-Albee-Orpheum (KAO).  Radio Corporation of America (RCA) would later acquire this entity and rename it Radio-Keith-Orpheum (RKO), which would blossom into one of the Big Five studios of Hollywood’s Golden Age, once famously owned by Howard Hughes.

The early 1970s ushered in the multiplex cinema movement, which offered far more film choices and took away much of the Theatre’s traditional audience.  Financial conditions resulted in another sale, which turned the Theatre into what can euphemistically be called a “roadhouse.”  Luckily, purchases by the New Brunswick Development Corporation (DevCo) in 1979 and then the New Brunswick Cultural Center in 1986 saved this landmark. The result?  By 1988, it was receiving rave reviews from the public for its “visual and acoustic splendors.”

An extensive $3 million restoration/renovation was undertaken in 2003 to update the lighting and sound system as well as restore it to its original condition.  Funding for this project came from the Middlesex County’s Open Space Recreation and Farmland and Historic Preservation Fund.

Today, the State Theatre has 1,800 seats and hosts a variety of events and offers a season-long line up of entertainment including Broadway theatre, concerts, dance, comedy and live music.   In addition, their mission as a nonprofit 501(c) (3) organization is to “enrich the lives of people from diverse backgrounds in New Jersey and contribute to a vital urban environment” and includes “providing arts education programs to inform and build future audiences.”   And they practice what they preach.

In 2013-2014 they presented 191 education events reaching 35,000 people and provided $157,000 in free education and outreach programs for 12,800 children and adults.  They also have an Artist-in Residence program and a number of offerings under their Programs for Families initiative.  For their long history and all that they do for cultural arts in NJ, join me in extending a long round of (virtual) applause for the State Theatre.   For more information, please visit their website at www.statetheatrenj.org.

The State Theatre is just one of 20,000 companies that comprise NJBIA’s membership, which is very diverse with representation from an amazingly large and wide spectrum of fields, industries and professions.  Look for more unique stories about NJBIA members in future issues of “Beyond 10 West Lafayette,” NJBIA’s membership blog.