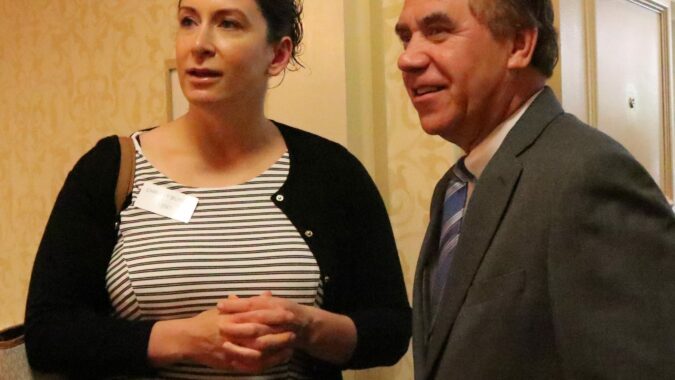 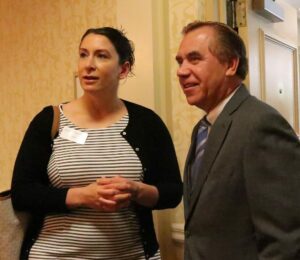 New Jersey’s Constitution requires the state budget to be balanced and in place by July 1 every year. This morning, 33 days before that deadline, Assembly Speaker Craig Coughlin was talking about a different kind of budget balancing—the one between the requests for funding programs and the need to limit the tax burden on business and the middle class.

“This is a constant tug between where we’re going to place our money, how do we go about finding it, how do we meet the compelling needs of all of the folks who advance legitimate reasons for funding,” Coughlin said. “And yet how do we strike some balance between that and having a vibrant business community, having a vibrant middle class, having a vibrant wealthy class as well. I mean, millionaires pay a lot of taxes.

“We have to try to strike that balance,” he said.

Coughlin was speaking at the latest Meet the Decision Makers event put on by NJBIA and the State Chamber of Commerce. He told the 75 business leaders there that he would insist on no broad-based tax increases this year, even though Gov. Phil Murphy wants a millionaires tax.

At the same time, increased funding for things like NJ TRANSIT, home healthcare workers (who need to be paid more because the minimum wage is increasing), and full funding of charity care for hospitals, as well as Murphy’s proposal to increase the revenue surplus were all things that deserved to be in the budget.

Coughlin acknowledged that New Jersey’s reputation as a high-tax anti-business state was at least somewhat deserved. And while there are a lot of reasons people move from place to place, he said the middle-class residents move south when they retire were likely motivated by taxes and high costs.

“I think that’s a problem and a challenge for us,” he said, because the middle class has disposable income and health insurance that they are taking with them to other states.

“Those are the people we want to stay here, because I think that’s what drives our economy,” Coughlin said. “It’s the middle class that has the ability to go out and spend money.”

He singled out property taxes as the main driver of outmigration, at least the kind that is motivated by taxes to begin with. Of course, the way the Legislature can impact property taxes, he explained, is through state aid. In other words, through more spending.

“The way we impact property taxes the most is by sending money to school districts and municipalities and by bearing some of those costs,” Coughlin said.

While the business community was not happy about last year’s increase in the corporation business tax, it did deliver the revenues that have put the state in a good position for this budget season. But that tax increase was only temporary, while spending needs will continue.

“Hopefully, we will find new and better ways to continue to grow the revenue base,” Coughlin said.