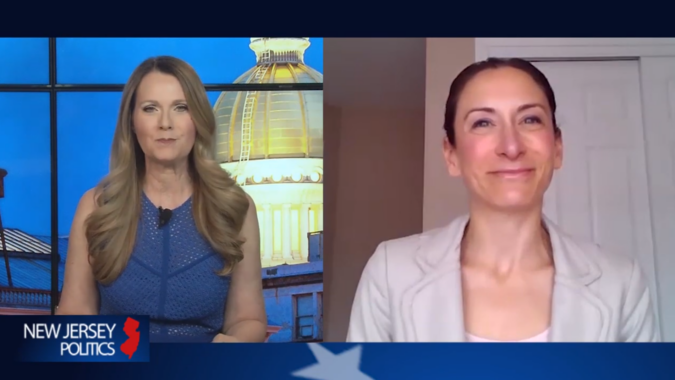 NJBIA Chief Government Affairs Officers Chrissy Buteas recently spoke with MeTV about the challenges New Jersey businesses have now that a new state law has legalized recreational cannabis without establishing standards to determine whether an employee is impaired on the job.

Speaking with Laura Jones on “New Jersey Politics,” Buteas noted the law requires employers to use “workplace impairment recognition experts” (WIREs) to determine if employees are impaired on the job, but the training and certification rules for WIREs still have not been established by the New Jersey Cannabis Regulatory Commission. The situation leaves businesses in a bind.

“We want to make sure our employers are following the rules of the law,” Buteas said. “If in fact they see an employee who could be jeopardizing their own safety, as well as the safety of co-workers, that there is a properly trained individual to determine if in fact they are impaired on the job.”

Unlike alcohol or other drugs, cannabis remains in a person’s system for extended periods of time. Therefore, an employee who used cannabis on their own time could still test positive days later at work even though they are no longer impaired. For that reason, the law prohibits employers from firing an employee solely because of a positive cannabis drug test and requires that a WIRE determine if the worker was actually impaired on the job at the time of the test.

“How all of this works we are trying to gain a greater understanding of,” Buteas said. “We want to know who is going to be training all of these WIREs, what is the expectation of them.

“Obviously, this is going to be another cost to the business community as well to have these individuals either on site or whether they can do so virtually or not,” Buteas said. “These are all the questions we have … because we really are in a gray area now.”