Join us as we hear from New Jersey Department of Health (NJDOH) Commissioner Judith M. Persichilli, R.N., B.S.N., M.A. on Tuesday, September 13 at NJBIA – 10 W Lafayette St., Trenton. Networking and registration will begin at 8:30 a.m. You can also join our event virtually.

During our event, Commissioner Persichilli will discuss the top priorities of the Department and how they affect your business.

• Remarks will begin at 9 a.m.
• There will be a live Q&A session following remarks.
• The in-person part of this program is being held at NJBIA Headquarters.
• Attendees can also participate virtually. 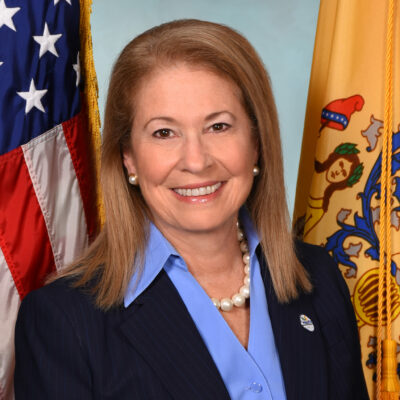 She has been alongside Gov. Murphy leading the state’s response to the COVID-19 pandemic.  Along with the response to this once-in-a century health emergency, the Department of Health under her leadership works to protect and improve the health of New Jersey residents.

Prior to leading the department, Ms. Persichilli served as the Acting Chief Executive Officer (CEO) of University Hospital in Newark.

In 2006, Ms. Persichilli was inducted into the New Jersey State Nurses Association Hall of Honor. She also received the Catholic Charities, Diocese of Trenton’s highest honor when she was awarded the 2008 Richard J. Hughes Humanitarian Award. In 2011, Ms. Persichilli was named one of the 50 most powerful people in New Jersey health care by NJ Biz and was selected by KYW Newsradio as a recipient of its annual Women’s Achievement Award. She also received the 2011 Edward J. Ill Excellence in Medicine Award for Outstanding Medical Executive. In September 2011, Ms. Persichilli was awarded the Benemerenti Medal, a papal honor bestowed on her by Pope Benedict XVI. In October 2011, the Philadelphia Business Journal’s inaugural Healthcare Innovation Awards program named Persichilli as the recipient of the Lifetime Achievement Award. Persichilli was named to Becker’s Hospital Review’s “300 Hospital and Health System Leaders to Know” list in 2012, which recognizes individuals leading prominent American health care organizations.