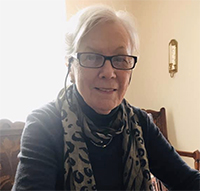 The Jersey Shore Partnership plans an annual event to raise money for beach restoration and replenishment, initiatives that are crucial to our state’s tourism and economy.

However, Executive Director Margot Walsh said that the Partnership is challenged on both the state and federal level about how many people they will be allowed to host later in the summer under COVID-19 gathering restrictions. This lack of clarity impacts  both their bottom line and ability to properly plan.

“Not-for-profits depend to a large degree on fundraising events to stay in business and these events take planning anywhere from six months to more than a year for 600 or 6,000 people. [At the] top of every fundraiser’s priorities is predictability; ‘How many people can we anticipate will support the event?’ Planning takes off from there,” Walsh said during a New Jersey Business Coalition virtual town hall on March 18.

Walsh said that when the Partnership had to reschedule their June 2020 fundraiser, it promised the 300 people who already paid that their registrations would be honored at a June 2021 event. However, she said she’s gotten no indication from the state about whether she will be able to accommodate them.

“We are in a unique Catch-22, because we are holding the event on federal property, federal guidelines supersede the state’s. There is currently no federal guidance on outdoor gatherings, so the park service is using the state guideline, which allows 150 people for specific events such as weddings,” she said. “The governor announced that beginning tomorrow outdoor gatherings in general will increase to 50 people, [but] nowhere in the mix is mention of outdoor, nonprofit, fundraising, networking events.

“So here we are in mid-March planning an event for June 28 with no guidance from the feds or from the governor,” Walsh said.

Walsh said this guidance is especially crucial now as she enters April, their biggest month for selling tickets and sponsorships.

“Realistically we are not expecting to have 600 people in attendance as we did in 2019; there would still be uncertainty about safety among people who would normally plan on attending. It is a ‘wait and see’ for them, but for us ‘wait and see’ is not a viable option,” she said.

About 100 people, including state lawmakers, took part in the New Jersey Business Coalition’s third virtual town hall on how the COVID-19 pandemic has impacted schools and businesses.