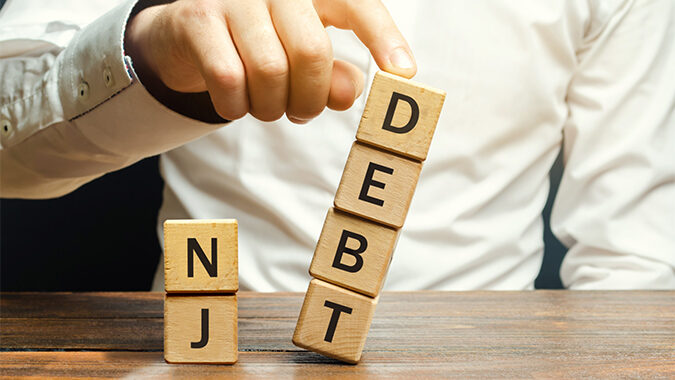 The state Treasury Department retired more than $2 billion in bonded debt last week, claiming it will save taxpayers more than $600 million over the next 10 years.

Putting aside the debt payment came after nearly $4 billion in unnecessary borrowing by the state in 2020, NJBIA Vice President of Government Affairs Christopher Emigholz said the payment was still one to grow on.

“Our policymakers are rightfully talking about affordability as a kitchen table issue that needs to be addressed now,” Emigholz said. “But when you’re at the kitchen table, debt – whether it’s mortgage debt, auto debt or college debt – is tied directly to what you can afford. The state’s debt burden is no different.

“So, yes, we should definitely appreciate New Jersey paying down some debt as it did last week. But focusing and planning on more debt reduction should remain a priority for the administration and the Legislature during this budget season and beyond, especially with the stronger cash position in which New Jersey currently appears to find itself.”

New Jersey, which is often ranked near the bottom in the nation for its fiscal stability, was carrying more than $44 billion in bonded debt as of last year.

Nearly $4 billion could be added to that debt as a result of Gov. Murphy convincing the Democrat-led Legislature of the need for emergency borrowing in  2020 to accommodate anticipated COVID-19 budget shortfalls that never materialized.

Murphy initially promised to pay back the debt if those shortfalls didn’t come to fruition. However, the administration sold $3.7 billion in non-callable, emergency municipal bonds that are unable to be paid off early. The move was made without voter approval.

As NJBIA, and other business and economic groups advised, or warned, prior to the borrowing, state revenues were not an issue at all. In fact, the state had a $10.1 billion surplus toward the end of the last budget season – and another $6.4 billion in federal rescue aid to boot.

The fund allocated $2.5 billion for retiring existing debt and $1.2 billion to pay for capital construction, avoiding the need for future borrowing on those projects.

“Ensuring that there was a sizable chunk of that spending plan dedicated to debt retirement and future debt avoidance was a good thing, and something NJBIA recommended and supported,” Emigholz said. “You could make the argument that more could have gone toward it in last year’s budget.  But these are still positive steps.”

Emigholz says as budget season approaches, the Murphy administration and lawmakers should commit to more debt reduction wherever it can – and not look to add more debt.

“The fact of the matter is New Jersey remains in a very strong cash position for the FY23 budget,” he said. “We will have billions in surplus, still have billions in federal COVID-19 aid, and our revenues continue to overperform budgeted expectations. But we need to do more to improve our economic climate and stability, and a plan for further and recurring debt reduction needs to be part of our fiscal approach going forward.

“It’s only through a comprehensive approach to debt reduction that we can truly move the needle to improve New Jersey’s fiscal standing. We may never be in a cash position this strong again. We need to take advantage of it.”