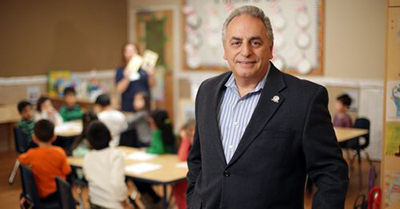 As more parents return to reopened workplaces, childcare centers are bumping up against state COVID-19 operating restrictions that limit the number of children enrolled, forcing centers to turn families away, according to the CEO of the franchising company for Lightbridge Academy childcare centers.

“The childcare industry has such an enormous impact on the overall economy and people’s ability to go back to work,” Guy Falzarano said at the recent New Jersey Business Coalition’s online town hall meeting. “We’re up against an immediate need right now because we’re operating under restrictions that are limiting our capacity anywhere from 25% to 37% in our existing childcare centers.”

Falzarano, who is also the president of Early Childhood Education Advocates (ECEA) representing more than 4,100 licensed childcare centers in New Jersey, criticized the state’s “arbitrary restrictions” that limit class sizes to 15 children because of COVID-19.

“We need to get these restrictions lifted because we’re starting to turn parents away,” Falzarano said. “The childcare industry is not the public school system … children of the ages that we are dealing with have not proven to be spreaders of this disease. I operate in five other states, without these restrictions, and we’re not seeing any difference between those states and what we’re seeing in New Jersey – other than the fact we’ve got a limited number of children we can serve in New Jersey.”

Falzarano also said he was frustrated by the lack of consistency between local health departments.

“It’s obvious to us because we operate 38 different centers in 11 different counties … We’ve got some health departments that if a child has a runny nose, we’ve got to quarantine a classroom of 15 children and that affects families that have to go to work,” Falzarano said. “Then three days later we find out that they just had a runny nose and we had to put all those people out for a three-day period.

“In other places, you’ve got to have a positive test before you quarantine a classroom,” Falzarano said. “There’s no consistency between health departments and maybe that’s because they’re not getting clear direction from the state, I really don’t know. All I do know is that we’re seeing a lot of differences between those health departments, so we need some clarity there, some consistency there.”

About 100 people, including lawmakers, attended the March 18 online town hall, which provided business owners a variety of industries to share their concerns about state COVID-19 mandates affecting their operations.