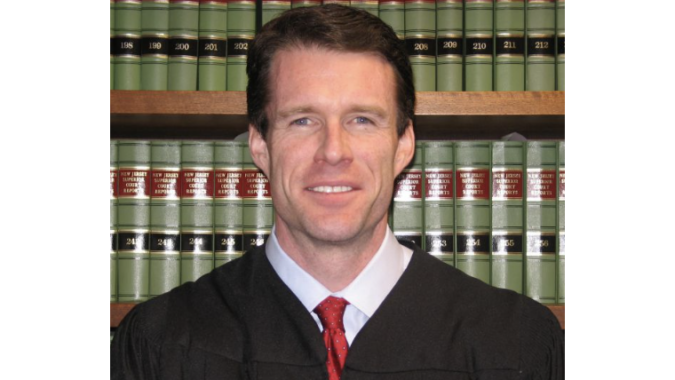 Timothy P. Lydon, who currently serves as the presiding judge of the Chancery Division in Superior Court in Mercer County, has been selected as the next executive director of the Senate Majority Office, Senate President Nick Scutari announced this week.

Lyndon, who will succeed Alison Accettola in the top position for Senate Democrats, previously served as the Senate Majority’s executive director from October 2012 to January 2014. His career in public service includes senior positions in the executive, legislative and judicial branches of government.

“Tim brings unparalleled experience to the role, having served in each branch of state government over the past two decades,” Scutari said Wednesday. “He is a distinguished public servant with a thoughtful approach to issues and a reputation for integrity that will enable him to lead the office in an exemplary manner.”

Previously, Lydon served as director of Cabinet Affairs in the Office of former Gov. Jon S. Corzine; chief of staff for the late U.S. Rep. John H. Adler; and as an associate at the law firms of Debevoise & Plimpton LLP and Simpson Thacher & Bartlett LLP. He was a law clerk for U.S. Court of Appeals Judge M. Blane Michael of the Fourth Circuit.

Lydon received his Bachelor of Arts from Gettysburg College and his law degree from the Georgetown University Law Center, where he was the executive editor for the Georgetown Law Journal.

“I am excited to return to the Senate Majority Office as Executive Director,” said Lydon. “It is a privilege to serve the Senate President and the Majority members and help them advance legislation to improve the lives of every resident in New Jersey. I look forward to working with the Governor’s Office, the Assembly, and members on both sides of the aisle in the spirit of cooperation to further the public interest.”

Accettola has served on the Senate Majority Office staff for more than seven years, as executive director, general counsel, and aide to the Senate Judiciary Committee. Prior to that, she was an attorney for the New Jersey Public Defender’s Office.

“I want to express my appreciation to Alison for her hard work as executive director and her years of dedicated service to the Senate Majority Office,” Scutari said. “Her legislative skills, good judgement and wise counsel have been a tremendous asset to me and the Senate Majority team.”

Accettola will take a position as vice president of Government Affairs for Volunteers of America Delaware Valley, the social service organization founded in 1896 that provides assistance programs to those in need, including homelessness, reentry from the criminal justice system, veterans’ assistance, and affordable housing services.