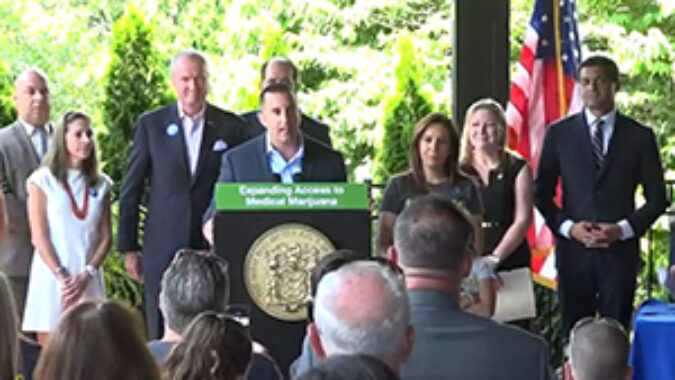 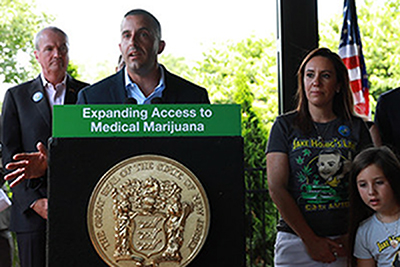 New Jersey now has a more expansive medical marijuana program, including a regulatory framework that could accommodate broader legalization in the future, thanks to legislation signed into law by Gov. Phil Murphy today.

The parents of the late Jake Honig, the 7-year-old cancer patient for whom the law is named, were with the Governor in Freehold as he signed the law that significantly expands New Jersey’s existing medicinal cannabis program. It creates a Cannabis Regulatory Commission (CRC) with five full-time members to oversee the medical marijuana industry, instead of the state Department of Health.  The CRC will develop and approve applications for cultivators, manufacturers, wholesalers and dispensaries.

The governor called the law “a big step forward for compassion,” noting that patients who are terminally ill or in hospice care will no longer be subject to limits on how much prescribed marijuana may be dispensed to them. The amount of marijuana that may be dispensed to patients with other medical conditions increases to 3 ounces a month.

New Jersey currently has only six medical marijuana dispensaries. The law will allow 28 new facilities statewide and make it easier for small operations to get started in this new industry. The law also phases out the state sales tax on medical marijuana; it will be gradually phased out over three years and will be completely eliminated on July 1, 2022.

The law sets up the broad framework for medical marijuana growing, manufacturing and dispensing, and expanding prescriptions to include “any qualifying medical condition” as well as a list of conditions for which it can be used as a first resort.

Nothing in the law will restrict an employer’s ability to prohibit or take adverse employment action for the possession or use of intoxicating substances during work hours or on workplace premises outside of work hours, or require an employer to commit any act that would violate federal law or result in the loss of a federal contract or federal funding.

Employers would be required to treat medical marijuana use like any other prescription drug in the workplace.  The law prohibits employers from taking any adverse employment action against an employee based on the employee’s status as a registry identification cardholder.