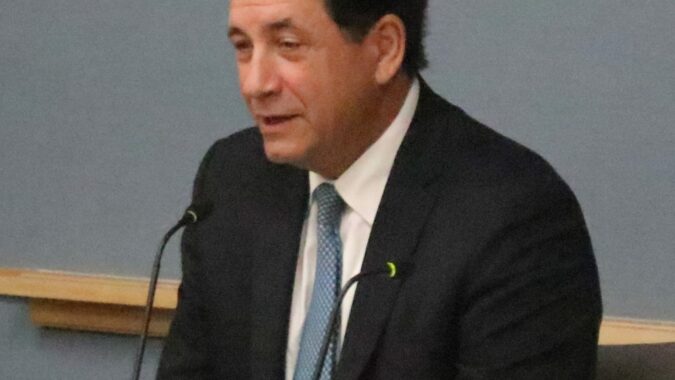 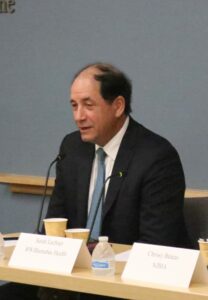 “What if the ACA totally fell apart?” Sen. Joseph Vitale asked at NJBIA’s Health Affairs Committee meeting this morning. It was less a question as it was a reason for New Jersey to create its own health insurance exchange instead of relying on the federal one.

NJBIA supports the idea of a state exchange, but has concerns about some of the bill’s provisions impacting cost.

Gov. Phil Murphy and legislative leaders unveiled the bill package on Friday. In addition to the exchange measure, the bills would add the basic healthcare protections for consumers that are part of the ACA: no-cost preventative care, prohibiting exclusions for pre-existing conditions, allowing children to stay on their parents’ plan until age 26, and protecting maternity care as essential health benefits, among others.

“Most of the bills are, ‘What if the ACA totally fell apart?” Vitale said at the Health Affairs meeting. “Some of these bills would help protect New Jersey residents.”

The Department of Banking and Insurance would create the exchange and establish the assessments to fund the SBE.

“I think it’s good that we’re doing our own state exchange because there’s a lot of flexibility,” Vitale said. “My understanding is we will also save some money by doing that.” He noted that by passing up a state exchange a number of years ago, New Jersey missed out on about $100 million in federal funding.

Funding is also a concern of NJBIA. In testimony prepared for today’s Commerce Committee hearing, NJBIA Vice President Tony Bawidamann said, “NJBIA supports the implementation of a state exchange, however, implementation success and cost are a paramount concern.  Additionally, protection of the small employer market must also be at the forefront of discussion.”

Bawidamann noted the cost of health insurance continues to be a prime concern in the business community.

“The cost of providing health coverage to employees is one of the most significant challenges facing employers today,” he said. “It is consistently ranked a top concern facing our members….” According to the 2018 NJBIA Health Benefits Survey, members spent an average of $8,292 annually for employee-only plans, compared to $7,044 for the same expenditures in 2016, an 18% increase.