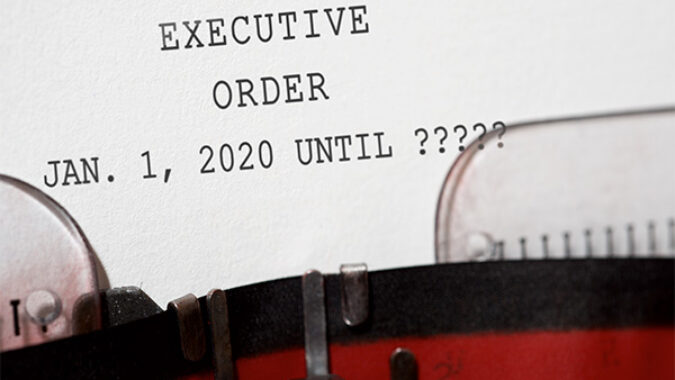 In a case that could define the limits of New Jersey’s executive power in response to a pandemic, NJBIA presented oral arguments in the U.S. Court of Appeals for the Third Circuit this week in support of a lower court decision addressing the constitutionality of Pennsylvania’s COVID-19 emergency orders.

Because New Jersey falls under the jurisdiction of the Third Circuit, the Court’s decision will create precedent for the Garden State.

Representing NJBIA as an amicus to the case, David R. Kott of McCarter & English LLP, said while a state’s chief executive should have broad powers to act to protect public health during an emergency, those powers are not unlimited and must be subject to constitutional limitations.

“We are hopeful that our Courts will preserve constitutional rights, even during a pandemic or other natural disasters.”

As an amicus to the case, NJBIA has argued that the Third Circuit should “not adopt the one-size-fits-all test” premised on that decision following “a century of nuances developed by the United States Supreme Court and the Third Circuit in order to ensure that the rights enshrined are adequately protected.”

In his oral argument on Thursday, Kott said the Jacobson v. Massachusetts decision set an “extraordinarily deferential standard” and that three tiers of legal scrutiny – rational basis, intermediate scrutiny and strict scrutiny – did not exist at the time of that decision.”

Since the time of the Jacobson decision, Kott argued, constitutional jurisprudence has shown greater deference to individual liberties against the exercise of state powers.

With arguments to the appeal complete, it remains to be seen when the Third Circuit will render a final decision.