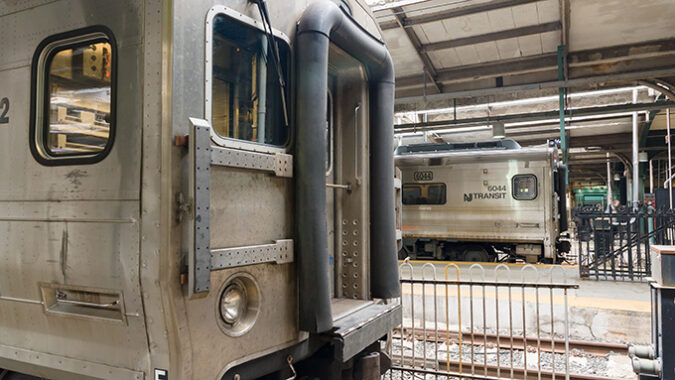 NJBIA testified before an Assembly committee on Monday that future economic development in New Jersey depends on a mass transportation system that is affordable, reliable, and accessible to all workers, including employees with physical and intellectual disabilities.

“Currently, adequate mass transportation options do not exist equally throughout the state and vary by region as well,” NJBIA Chief Government Affairs Officer Chrissy Buteas told the Assembly Transportation & Independent Authorities Committee during its meeting on how to improve equity and access in New Jersey’s transportation network.

As a suburban state with dispersed jobs, New Jersey’s transportation system faces numerous challenges, Buteas said. According to the U.S. Census, approximately 500,000 workers in New Jersey rely on public transportation as their primary method of commuting to work each year.

“Ensuring mass transportation services are affordable, reliable, and accessible options for our residents is critical to the future economic development of our state,” Buteas said.

In addition to affordable fares, the system also needs routes that are accessible throughout the state, Buteas said. This includes “last mile” transportation options, such as bus routes and van options, that get commuters from the train station to their place of employment, she said.

“Accessibly challenges also exist in our tourism areas in the northern and southern part of the state, especially in our shore community in southern New Jersey,” Buteas said. “During the summer, thousands of tourists embark to the Jersey Shore, which also drives the need for a corresponding workforce to meet the demand.”

Buteas noted workers with intellectual and developmental disabilities rely on mass transit and paratransit services to find and maintain employment. “Without it, maintaining a job is an unreachable dream,” Buteas said. “We urge NJ Transit to conduct an assessment in each county of the state to form a plan to address the chronic, critical lack of access to transportation for people with disabilities leading to an expansion of services.”

“We also need to expand paratransit routes and hours of service, so transportation options better fit the needs of employees,” Buteas said. “They, along with individuals with I/DD who live in more rural parts of the state, have very limited transportation services.”

The transportation system must also be reliable, Buteas said. “Employers expect their workers, whether they have disabilities or not, to be both punctual and reliable. For individuals with I/DD who rely on paratransit services, those services need to pick up and drop off on time so workers can start their shift in a timely manner and fully complete their shift before departing.”

During the committee, Buteas testified that NJBIA supports the use of federal ARPA funds to be used to improve our aging infrastructure.  She further emphasized the current workforce shortage and its impact on identifying drivers and engineers that are needed to meet current transportation needs.  Buteas referenced the workforce development Pathways partnership between NJBIA and NJ’s community colleges in creating career ladders within the transportation and logistics industries.

A county-by-county assessment of mass transportation needs should be done, and the state should revisit ride-sharing programs since new technologies now exist, such as WAZE, a platform service that connects workers willing to share a ride. Subsidies are automatically applied for the riders who pay using an app. Businesses could also be offered tax credits for paying for commuting costs, similar to Maryland’s Commuter Tax Credit, Buteas said.