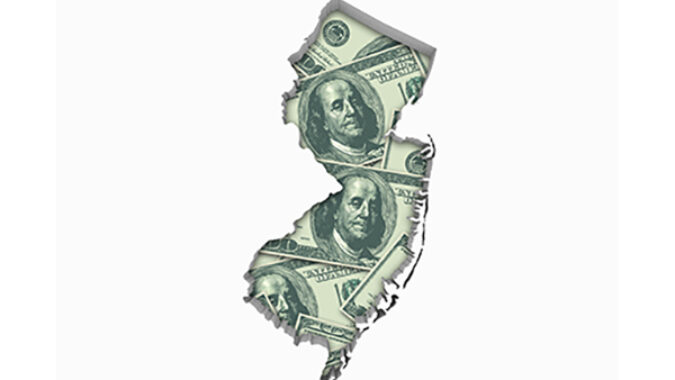 The Division of Taxation announced this week that on Oct. 1 it will end the state’s temporary waiver of several pre-pandemic tax rules in a move that will affect employer income-tax withholding as well as New Jersey’s corporate business tax and sales taxes.

New Jersey tax rules require income to be taxed where an employee does the work, meaning people employed by an out-of-state business who are telecommuting from their New Jersey homes should pay income taxes to New Jersey. During the pandemic, however, so many people who normally worked in New York were temporarily working remotely in New Jersey that the rule was waived, allowing New York employers to withhold taxes as if their employees were still at work in the Empire State.

On Tuesday, the Division of Taxation updated its guidance on tax rules waived by COVID-19. NJBIA Vice President of Government Affairs Christopher Emigholz said it was an understandable move, now that pandemic is waning, for the state to want to use pre-pandemic tax rules for the last quarter of 2021.

“A year ago, when COVID-19 created so much turmoil, the Division of Taxation didn’t want the pandemic to create a lot of corporate/business accounting changes when employment shifts may have been only temporary,” Emigholz said. “Now that some changes may be permanent, especially related to remote working, it is understandable that Taxation wants to revert this temporary waiver back to the original.”

New York has long contended it has the right to tax the income of people employed by New York businesses, even when those individuals are working from homes in other states for the sake of convenience. Rather than subjecting Garden State residents to double-taxation, New Jersey has provided tax credits to its residents for income taxes paid to New York. New Jersey estimates these tax credits cause the Garden State to lose $1 billion per year in tax revenue.

In 2020, New Jersey filed an amicus brief in a similar interstate remote worker tax dispute that New Hampshire brought against Massachusetts, but the U.S. Supreme Court declined to hear the case. Had that case moved forward, the outcome could have led to a tax windfall for states like Connecticut and New Jersey, where large numbers of residents are now working remotely from home but still paying income taxes to the State of New York where their employers are located.

Although the larger tax dispute issue with New York remains unsettled, state officials’ decision to lift the waiver and go back to pre-pandemic tax rules will not have much of a practical effect in the short-term.

“Lifting the waiver may lead to some minor confusion and inconvenience, but it should not result in any double-taxation of New Jersey residents,” Emigholz said, noting  New Jersey is expected to continue to offer a tax credit for income taxes collected by the State of New York from New Jersey residents.

It remains to be seen whether New Jersey will be able to resolve the larger tax dispute with New York over which state has the right to tax remote workers’ earnings, he said.

New Jersey and Pennsylvania do not have a tax conflict over remote workers’ earnings because of a longstanding reciprocal tax agreement under which people pay taxes where they live, regardless of which state they work in.

The Division of Taxation on Tuesday also announced it would end the waiver of rules regarding the corporate business tax (CBT) and state sales tax “nexus standards.” A nexus standard is the connection a business has to a state and gives that state the legal authority to impose taxes on the business.

As of Oct. 1, out-of-state corporations will have a nexus to New Jersey and be subject to CBT liability if they have employees working from home in New Jersey.