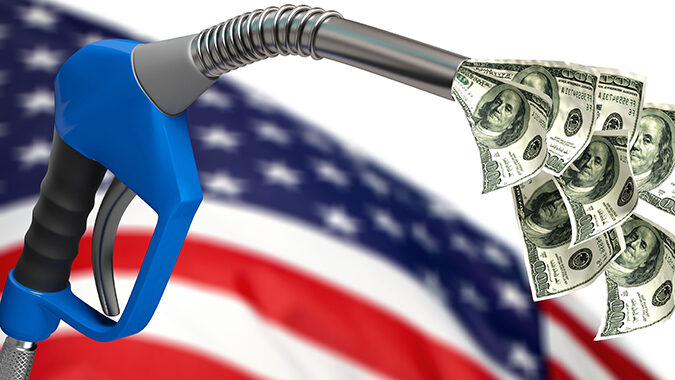 Right now, most funding for public roads comes from the fuel taxes that drivers pay at the pump. But newer cars are more fuel efficient, and electric vehicles do not use gasoline at all, which has prompted policymakers to explore replacing gas taxes with mileage-based user fees instead.

The New Jersey Department of Transportation and the Eastern Transportation Coalition are looking for volunteers to test the feasibility of such a system that would pay for public roads by collecting fees based on the number of miles motorists drive, rather than the amount of fuel they purchase.

The Mileage Based User Fee (MBUF) Pilot Program announced this week will pay eligible New Jersey drivers $100 to participate in a study that is testing devices that plug into vehicles to record miles driven. Program participants are not charged for the miles that they drive during the pilot program and are given the opportunity to offer feedback after they have mailed the devices back a few months later.

The program is open to all New Jersey residents with a valid driver’s license and a vehicle. State employees may participate but are not eligible to collect the $100 study participation fee, the DOT said.

Personal information required for participation is limited to the driver’s name, address, email, phone number and vehicle information. The GPS-enabled location option for the devices may be declined by drivers if they choose. All data collected is destroyed 30 days after the conclusion of the pilot study and cannot be sold to any third-party, according to the coalition.

Drivers can sign up online here by enrolling with a private company, Azuga Insight, which has partnered with the Eastern Transportation Coalition on the pilot study.

The Eastern Transportation Coalition is a partnership of 17 U.S. states and the District of Columbia that are working together to address transportation challenges, including whether mileage-based user fees are a feasible alternative for a pay-at-the-pump gas tax. The coalition is providing real-world MBUF pilots, public opinion surveys, focus groups, and data analysis. Previous study results are available online here.

A video describing the pilot program can be viewed here.