Published May 4 - Updated May 4 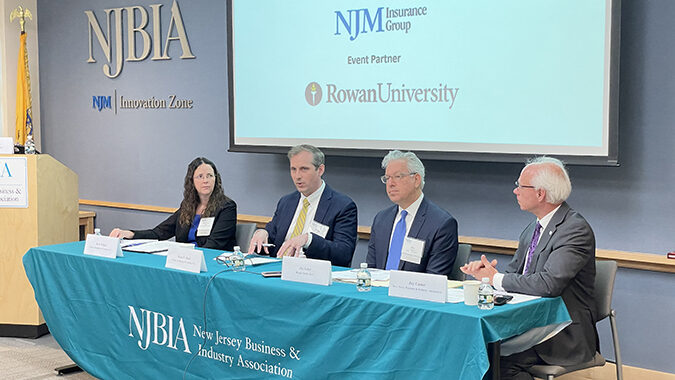 Private industry is now stepping up with ideas to address the workplaces safety issues involved.

At NJBIA’s online seminar today, “Your Business & Cannabis: It’s Complicated,” panelists discussed the Catch 22 situation they are in because of the legalization of recreational marijuana. Employers are prohibited from discriminating against employees who use marijuana off-the-clock, but how can they tell if an employee who tests positive is currently impaired or merely used cannabis a few days ago on the weekend?

“Where we are right now is in this limbo area,” said attorney Kerri Wright of Porzio Bromberg and Newman PC, noting cannabis can remain in a person’s system for days after using it. “We don’t have great testing to be able to determine that, like we can for alcohol and other drugs.”

Tanner Hickman, vice president of Safety & Logistics at Triple S Steel Holdings Inc., said his company has been dealing with the challenge of detecting impaired employees in the workplace since it acquired a business in Denver, Colorado, one of the first states to legalize marijuana a decade ago.

“By 2017, we basically couldn’t find anyone to pass the drug test at the time,” Hickman said. “Then there was a study by the University of Colorado that found three out of five males between the ages of 18 and 30 ingested marijuana on a regular basis. If you can imagine, the demographic in our steel yard – the labor force was males between the ages of 18 and 30. That told me that three out of five guys were using marijuana.”

Hickman said the “law enforcement style of detecting impairment” using drug recognition experts and WIREs is fine, but assessments made solely by humans, no matter how well trained, are subjective.

“There’s no scientific way to tell if someone is high on cannabis at the moment, so my mission was difficult,” Tanner said.

The solution he came up with after a year of research was a cognitive impairment test administered via an app called AlertMeter created by a Colorado company, Predictive Safety. “We’ve got 1,200 people using this app every day, including myself, and the way we know it works is our accident rates.”

Before using the app, the company’s Occupational Safety & Health Administration (OSHA) recordable (incidence) case rate was a 4.8 and it is now under 1, Hickman said.

“Basically, it’s like a little video game,” Hickman said. “It uses shape recognition amongst a whole lot of other things,” Hickman said, to detect cognitive impairment that could be caused by alcohol, drugs, fatigue, emotional stress, illness and even prescription or over-the-counter drugs like too much cold medicine.

“It takes about 60 to 90 seconds to play it and what it does is it scores you, and after playing it about 10 times it creates a baseline on you,” Hickman said. “If you play the game and you’re not behaving as you usually do, it sends a message to your supervisor or the designated person – maybe it’s a WIRE in New Jersey – and it basically says something’s up with this guy.”

From a safety perspective, it really doesn’t matter whether someone operating a 50-ton crane is cognitively impaired from drugs or lack of sleep – you still don’t want him operating that crane in that condition, Hickman pointed out.

“At the end of the day we don’t use this thing as a punitive tool unless there’s reasonable suspicion of drugs or alcohol being involved,” Hickman said. “Every other instance we work with the employee and if they’ve got something going on in their lives, they need to go take care of that. We don’t force them to tell us what’s going on. We have a conversation, and we will not allow them to go to their safety sensitive positive job until they can play the (AlertMeter) game and get through it.”

Attorneys on the panel, including Beau Hutch, of Porzio Bromberg & Newman PC, and Jay Sabin, of Brach Eichler LLC, said companies using products like the app should ask how their state regulators view it from a scientific standpoint and in terms of privacy in the way data is recorded and stored.

Both attorneys also emphasized the need for employers to have updated drug and alcohol testing policies. Businesses should also develop a “fit-for-duty” assessment that determines impairment and work with insurance carriers and attorneys to implement it.