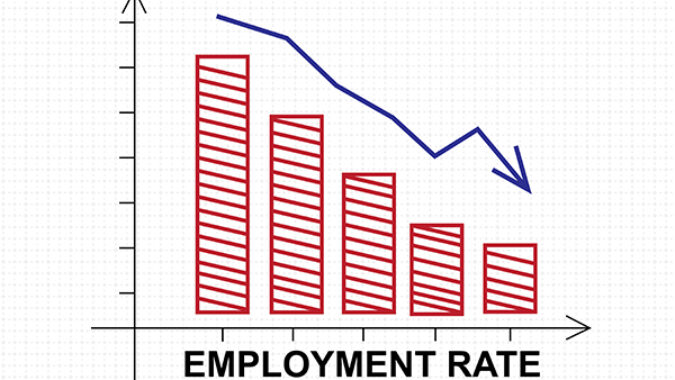 Employment rates for adults age 25 to 54 fell in all 50 states last year during the pandemic, but New Jersey’s 6.3% decline was among the highest in the nation, according to a recent report from the Pew Charitable Trusts.

States most dependent on leisure and hospitality businesses, such as Nevada (-10.5%) and Hawaii (-8.4%) experienced the steepest employment drops, followed by California (-6.5%) and New Jersey and Rhode Island (-6.3%), the report said.

Casinos, hotels, and other attractions closed or scaled back operations for months in Nevada, accounting for about two-thirds of the state’s annual average job losses among people of all ages, the report said. Air travel to tourism-dependent Hawaii ceased nearly completely as the pandemic struck, and as of July 2021 still hadn’t fully recovered.

Seven of the 10 states sustaining the largest percentage-point declines were on the East or West coast, where economies tend to be more tied to industries devastated by the pandemic. Coronavirus restrictions in New Jersey that closed businesses or limited their operations remained in effect longer than those in many other parts of the country.

The Pew reported noted that employment ratios are influenced not only by job losses, but also by population and demographic shifts. The ratio decreases when the number of 25- to 54-year-old workers in a state either declines faster or increases slower than the population for the same age group.

The prime-age employment-to-population ratio provides a broader view of labor market conditions than the often-cited unemployment rate, which excludes those not looking for work.