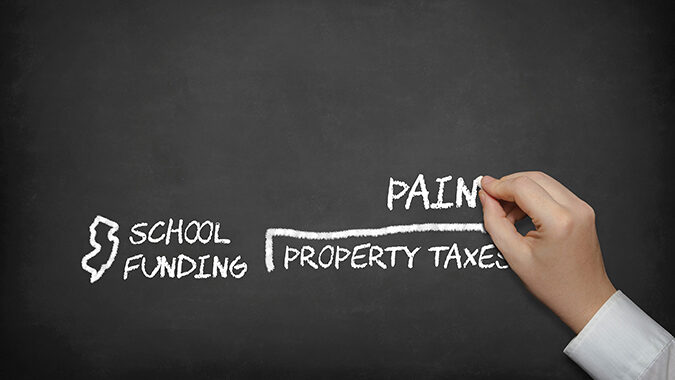 The highest property taxes in the nation undercut affordability for New Jersey residents and businesses. And the funding of public schools is the biggest influence on those property taxes.

Which is why NJBIA is strongly supporting a bill that would create a task force to re-evaluate and improve New Jersey’s current school funding formula.

“This has the chance to be a very impactful piece of legislation,” said NJBIA Vice President of Government Affairs Christopher Emigholz. “When we talk affordability in New Jersey, we need to tie a direct line to school funding.

“We were happy to see the Senate move this bill quickly. We hope the Assembly can post this bill as soon as possible.”

The school funding formula sets a baseline cost for each student enrolled through K-12 in public schools. That cost goes up based on factors like whether a student receives free or reduced-priced meals, or if he or she has limited English proficiency.

Many school districts, however, find themselves not fully funded through that formula, leading to local tax increases to make up the difference. At the same time, some districts find themselves overfunded.

In his statement in support of bill S-354, Oroho had noted that 79% of the schools in his legislative district lost a total of $7 million in the FY22 state budget, and $10.5 million the previous fiscal year.

Gopal, the other primary sponsor, said significant demographic shifts throughout the state over the past 13 years is also reason to review the equity of the school funding formula.

Emigholz underscored that property taxes also have an immense impact on New Jersey businesses as well.

That $14.9 billion is also a little less than half of all property taxes paid in the state, Emigholz said.

“Clearly, we need to take steps to improve what we pay in property taxes if we’re going to have any chance to truly improve affordability in New Jersey,” Emigholz said. “The task force proposed in this legislation will literally get to the root of the problem, which is why we hope we can build upon the momentum of the Senate’s unanimous approval this week.”