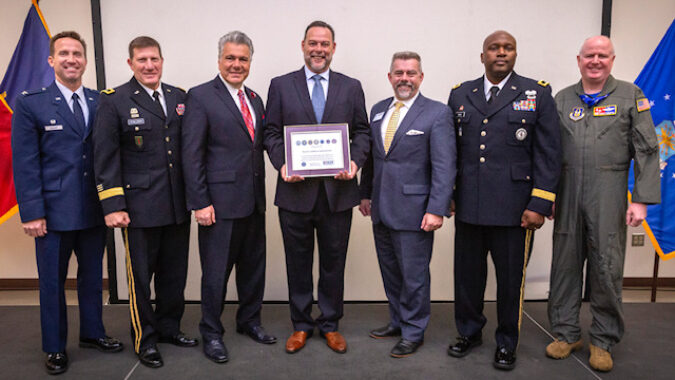 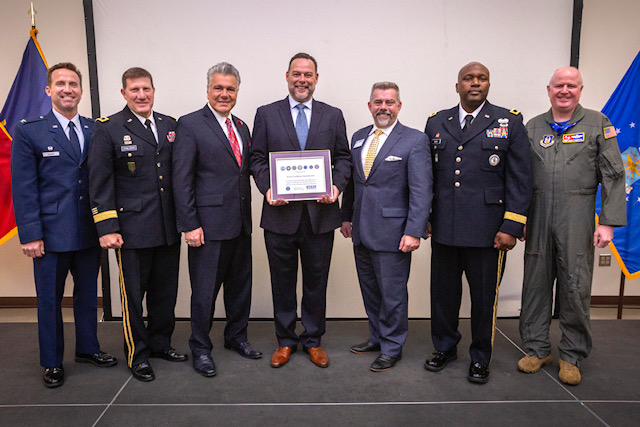 ESGR ( Employer Support of the Guard and Reserve) honored Royal Caribbean International with the Seven Seals Award on Friday, May 17, 2019 for their unwavering support of our military, as well as our veterans. The Seven Seals is the highest award given by the State Chair only on a State or Federal level.

Keeping with our tradition of recognizing patriotic employers,  State Chair, Don Tretola honored Royal Caribbean International for their unwavering support of our military and our veterans. I had witnessed this unwavering support for many years particularly with their special “Veterans Gathering” Initiative: said Don Tretola.  I watched this unfold to a much larger and significant celebration honoring our military and our Veterans when Miguel Palermo, IT Fleet Superintendent had this ceremony moved to a larger venue aboard the ship with a huge video of an American flag in the background and displayed a Chair of Honor that represents the POW MIA. The ceremony included a Q&A exchange from the audience about their military experiences and so much more.

“As a Navy Veteran, I wanted to take this special event to the next level. Taking the suggestions from my fellow Vets at different events, I was able to a log book to help people connect, a Chair of Honor to remember our fallen hero’s and a venue where we can all connect and be recognized. “ Miguel Palmero Jr IT Fleet Superintendent .

ESGR, a Department of Defense program, was established in 1972 to promote cooperation and understanding between Reserve Component Service members and their civilian employers and to assist in the resolution of conflicts arising from an employee’s military commitment. ESGR is supported by a network of more than 3,750 volunteers in 54 committees located across all 50 states, the District of Columbia, Guam-CNMI (Commonwealth of the Northern Mariana Islands), Puerto Rico, and the U.S. Virgin Islands. Volunteers, hailing from small business and industry, government, education, and prior military service bring a vast wealth of experience to assist in serving employers, Service members, and their families. Together with Headquarters ESGR staff and a small cadre of support staff for each State Committee, volunteers work to promote and enhance employer support for military service in the Guard and Reserve.

ESGR has served our country for more than 45 years, fostering a culture in which all employers support and value the employment and military service of members of the National Guard and Reserve in the United States. These citizen warriors could not defend and protect us at home and abroad without the continued promise of meaningful civilian employment for themselves and their families. ESGR has continued to adapt to meet the needs of Reserve Component members, their families, and America’s employers by joining forces with a network of other national, state, and local government and professional trade organizations.

In closing, this was and is a powerful display of patriotism give thanks to Royal Caribbean International their support of our military and Veterans.