US Hiring Slows, Unemployment Dips to 3.5% 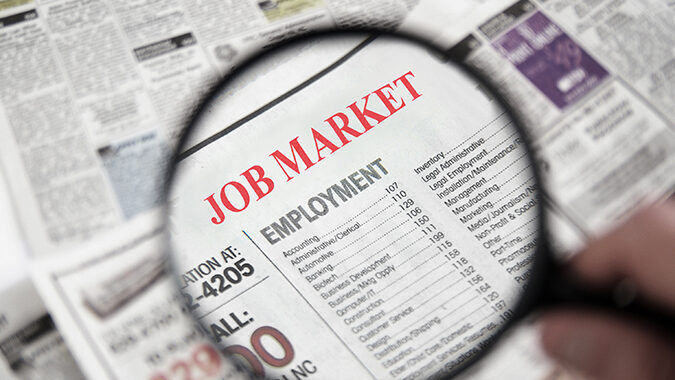 The national unemployment rate edged down to 3.5% in September and job growth remained solid even as hiring slowed to the lowest level in 17 months amidst efforts by the Federal Reserve to bring down inflation, the U.S. Bureau of Labor Statistics reported on Friday.

Businesses added 268,000 new jobs in September, with the most notable gains occurring in leisure and hospitality and in healthcare. September’s overall job growth figure showed a deceleration from the gains made in August (+315,000) and July (+537,000) and was the lowest monthly increase since April 2021.

The unemployment rate edged down from 3.7% in August to 3.5% in September, returning to its July level, according to the BLS’ monthly Employment Situation Summary. The number of unemployed individuals declined to 5.8 million. The labor force participation rate was little changed at 62.3% in September, and was 1.1% below the rate in February 2020, prior to pandemic.

In September, employment in healthcare rose by 60,000 and has returned to its February 2020 level. Over the month, ambulatory health care services and hospitals each added 28,000 jobs.

Employment in professional and business services continued its upward trend in September (+46,000). Thus far in 2022, job growth in the industry has averaged 72,000 per month. Employment in temporary help services continued to trend up (+27,000) in September. Job gains occurred in investigation and security services (+9,000) and in scientific research and development services (+5,000). Job losses occurred in business support services (-12,000), legal services (-5,000), and advertising and related services (-5,000).

Manufacturing employment continued to trend up in September (+22,000). Job gains occurred in motor vehicles and parts (+8,000), fabricated metal products (+6,000), and electrical equipment and appliances (+3,000). Printing and related support activities lost 4,000 jobs over the month. Manufacturing has added an average of 36,000 jobs per month thus far in 2022.

In September, employment in construction continued to trend up (+19,000), in line with average monthly job growth in the first eight months of this year. Specialty trade contractors added 18,000 jobs in September.

In September, average hourly earnings for all private nonfarm employees rose by 10 cents, or 0.3%, to $32.46. Over the past 12 months, average hourly earnings have increased by 5%. The average workweek for all employees on private nonfarm payrolls was 34.5 hours for the fourth month in a row. In manufacturing, the average workweek for all employees was unchanged at 40.3 hours, and overtime held at 3.2 hours.

The jobs data is watched closely by the Federal Reserve, which is focused on reducing soaring inflation by slowing down spending and hiring. The central bank has aggressively raised interest rates numerous times this year and could do so again when it makes its next rate decision on Nov. 2.

Wall Street seemed to interpret the jobs news as a sign that the Federal Reserve would continue to raise interest rates, which increases costs for companies. The stock market slipped on Friday in early trading after the September jobs figures were announced, with the S&P 500 falling 1.9% and the Nasdaq sliding 2.6% in early trading.