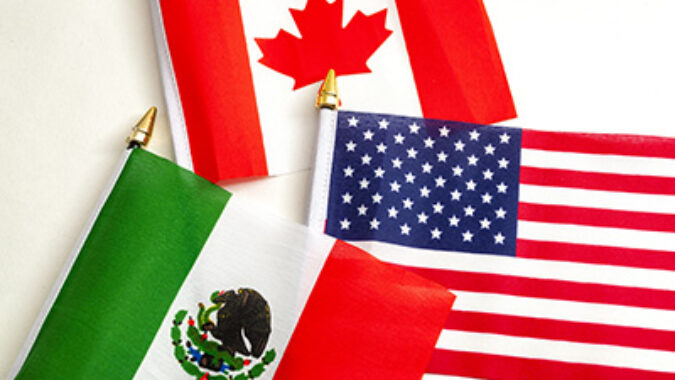 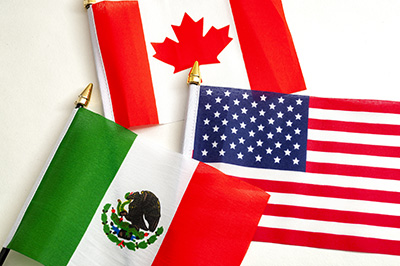 House Democrats have reached a deal with the White House to advance a renegotiated free trade agreement between the U.S., Canada and Mexico, House Speaker Nancy Pelosi announced today.

Jay Timmons, the president & CEO of the National Association of Manufacturers, said NAM was encouraged that the Trump administration and House Democrats had found a path forward after more than a year of negotiations on revising the North American Free Trade Agreement (NAFTA). If ratified, the new trade pact will be called the United States-Mexico-Canada Agreement (USMCA).

“To be sure, as with any agreement of this nature, not every objective that we sought has been met,” Timmons said in a press release. “Nevertheless, a ratified USMCA will deliver increased certainty for manufacturers—especially for the 2 million manufacturing workers whose jobs depend on North American trade.”

NAFTA, which was enacted in 1994, eliminated most tariffs and other trade barriers involving the United States, Mexico and Canada. Critics, including  President Donald Trump, labor unions and many Democratic lawmakers, branded the pact a job killer for the U.S. because it encouraged factories to move south of the border, capitalize on low-wage Mexican workers, and ship products back to the U.S. duty free.

“We are optimistic this development will open the door to final approval of USMCA on a bipartisan basis by the end of the year, which will especially benefit American farmers, manufacturers, and small businesses,” Thomas Donohue, CEO of the U.S. Chamber of Commerce, said in a statement.

The new version of the deal reached between the U.S., Mexico and Canada will get rid of controversial protections for biologic drugs that had shielded them from cheaper generic competitors for 10 years.

While welcoming the news that a deal had been finally reached, Timmons said that NAM was “extremely disappointed,” that the new agreement “missed an opportunity to set the gold standard for the protection of American-made lifesaving innovations and inventions.”

The Biotechnology Innovation Organization, which represents biotech companies worldwide, criticized the removal of protections for biologic drugs, saying the new agreement had “forsaken a sector in which America leads the world and which promises to be a key sector of our 21st sector economy.”

A House vote to ratify the agreement is expected next week, with a Senate vote to follow later. Mexican President Andrés Manuel López Obrador said an amended version of USMCA will be signed on Tuesday by officials from the U.S., Canada and Mexico, according to The Wall street Journal.