Breaking Down A Ballooning FY22 Budget 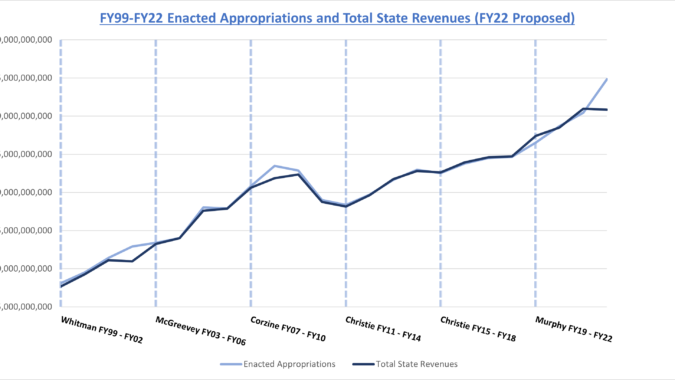 An NJBIA analysis now shows how the growth and imbalance of this proposed budget compares with previous administrations.

The $44.8 billion in appropriations represents the highest level of spending in state history and is 10.9% more than the budget signed by Murphy just seven months ago.

In data compiled by NJBIA Policy Analyst Hunter Griffin, the FY22 budget marks the second-highest level of annual growth in any state budget over the past 24 years.

The bar graph also shows this is the highest four-year increase – by a wide margin – of the last four budgets since the second Whitman administration, which occurred during a historically strong period of economic growth two decades ago. 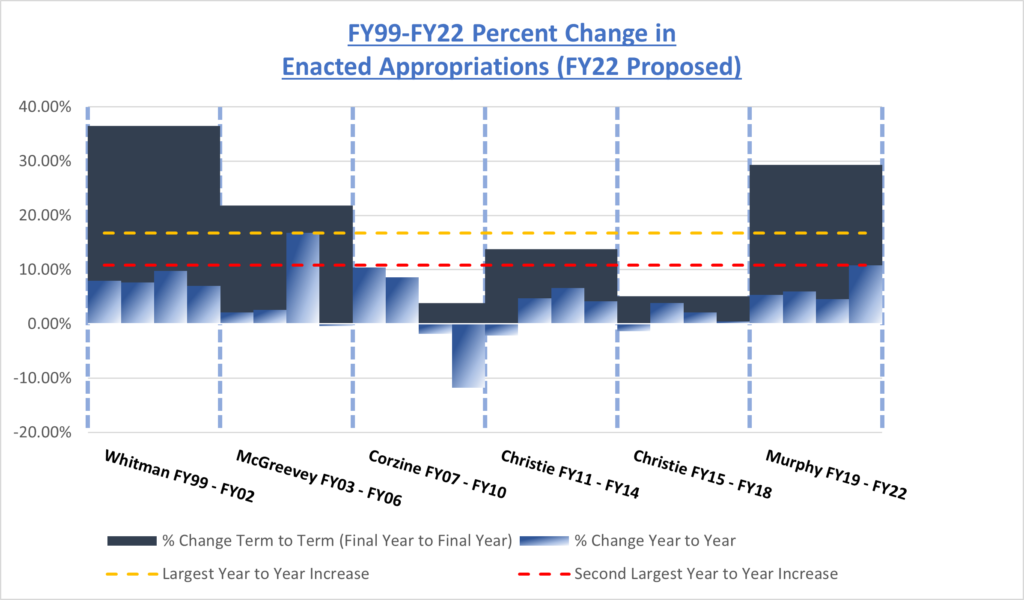 Underscoring the increased appropriations is the underreporting of strong revenue performance during the pandemic, which serves as proof that New Jersey did not have to borrow or tax nearly as much as it did when wrapping up the FY21 budget in September.

In fact, when signed, that FY21 budget included a $2.5 billion surplus. Yet the proposed FY22 budget updated that FY21 surplus number to almost double – $4.9 billion.

“To have unnecessarily borrowed more than $4 billion for what really wasn’t emergency borrowing is a great disappointment for the state,” NJBIA Vice President of Government Affairs Christopher Emigholz.

“In looking at the FY22 budget, we have to legitimately ask ourselves: What if the one-time use of that much surplus in just one budget cannot be maintained and leads to tax increases in the future to sustain that spending?”

On Thursday, New Jersey Globe reported that even Senate President Steve Sweeney acknowledged regrets about the state’s decision to borrow $4.2 billion for FY21. 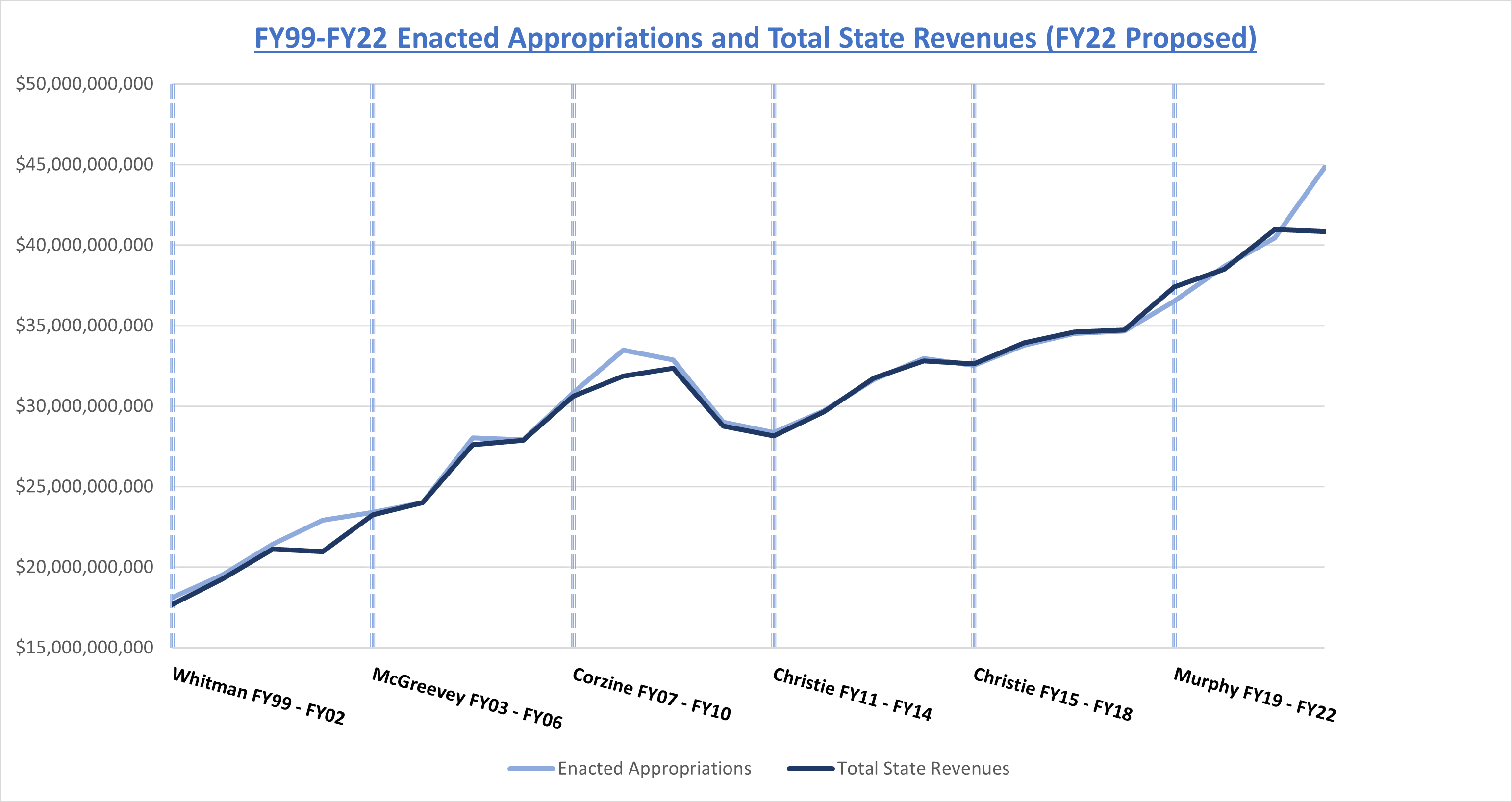 Emigholz said one of the most concerning aspects about this year’s proposed growth is the large gap between state revenues and state appropriations – $3.9 billion.

This NJBIA line graph below shows that the proposed FY22 budget could be the most structurally imbalanced budget with the biggest gap between revenues and appropriations in the past 24 years.