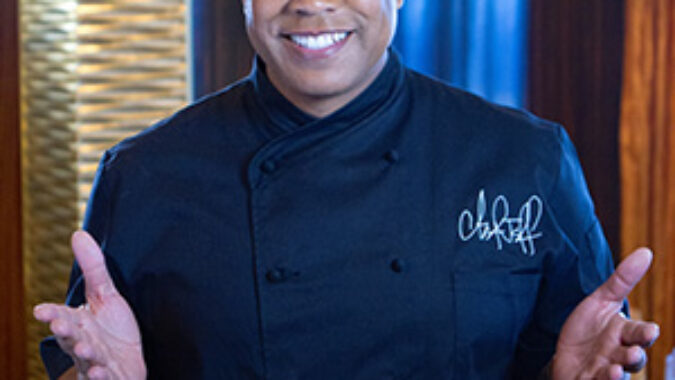 The latest installment of the NJBIA’s Women Business Leaders Forum on Sept. 15 will provide a different recipe for success. 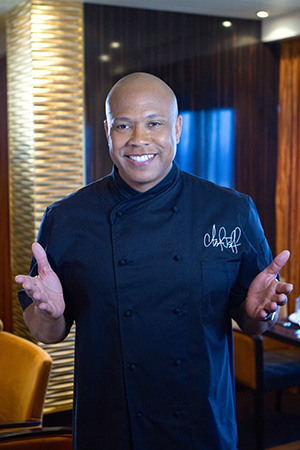 Chef Jeff, whose story has been featured on Good Morning America, the Today Show and Oprah’s Life Class, among others, will join other experienced business leaders on the methods of raising your own professional profile, finding allies for your climb up the corporate ladder and learning what executives in the C-Suite do to stay there.

“We’re thrilled that Chef Jeff can bring us his inspirational story of taking opportunities and making the most of them,” said NJBIA President & CEO Michele Siekerka. “Our attendees for the forum, both women and men, will have the chance to hear life lessons from Jeff, as well as the expert guidance from the rest of our distinguished panel, as we bring folks together to network and identify how to increase gender diversity in corporate leadership and provide personal strategies for success.”

“I look forward to the opportunity of presenting at the Women Business Leaders Forum and hopefully motivating anyone who is seeking to make the most out of their professional aptitudes,” Henderson said. “It’s a privilege for me to convey my experiences and unique perspectives on how hard work, determination, self-knowledge and self-confidence can result in great success, even when it seems the chips are down.”

Henderson began his culinary career in prison. After he was released in 1996, he was given the opportunity to work as a dishwasher for renowned chef Robert Gadsby. From there, Henderson committed to his craft and moved up to prep stations and desserts before working his way to the world of fine-dining on his own in Los Angeles.

The booming restaurant scene in Las Vegas saw Henderson move to The Strip to work at Caesars Palace, becoming the first African-American Chef de Cuisine to run restaurants at the hotel. The American Tasting Institute named Henderson the Las Vegas Chef of the Year in 2001, ultimately resulting in a position as executive chef of the world-renowned Bellagio.

Henderson’s 2007 memoir Cooked was another success, with Sony Pictures later purchasing the life rights to his incredible story. He later launched a reality show on the Food Network, The Chef Jeff Project, which brought a group of disadvantaged young adults to work at his new private dining company to learn of Jeff’s cooking and life skills.

Currently, Henderson is the host of Flip My Food with Chef Jeff and Family Style with Chef Jeff on the Z Living Network, while regularly delivering his inspirational message to corporations and associations across the country.

The event will be held from 7:30 a.m. to 2 p.m. at the DoubleTree Hotel in Somerset. The cost is $150 for NJBIA members and $190 for non-members. For more information, please visit