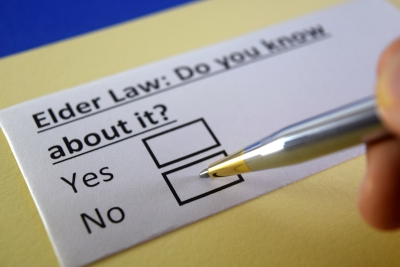 Attorney Eric R. Goldberg says elderly people often think it makes sense to transfer their home to their children so that their house isn’t counted as an asset by Medicaid should they need to go into a long-term care facility. But this can be a potentially costly mistake from a tax standpoint.

“Very often seniors have lived in their homes for a very long time,” said Goldberg, the managing partner of the NJ Elder Law Center at the Goldberg Law Group, during an NJBIA webinar on Wednesday. “Homes that the individuals have owned for 50 some odd years have a large appreciation value. For example, a house that was purchased in the 1960s may have been purchased for $50,000 and today, because New Jersey has such inflated property values, that $50,000 home could be worth $550,000.

“When an individual passes away owning appreciated property under today’s laws, that property gets what’s known as a step–up in basis – in short the children, the heirs will not pay a capital gains tax even though the property has a $500,000 gain,” Goldberg said.

“But if that property has been given to the children during the parents’ lifetimes, when the parent passes away the children no longer get that step-up in basis,” Goldberg said. “Instead of paying no capital gains tax, (the heirs) … are going to now pay capital gains tax on that $500,000, which in today’s values is about $125,000 so that’s a big mistake.”

To learn more eldercare planning tips from the webinar “Making a Plan for the Future: Are Your Affairs in Order?”, go here.