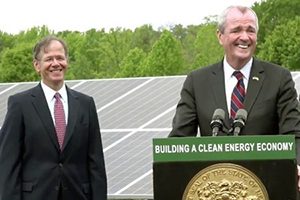 Gov. Phil Murphy’s request for the resignations of his predecessor’s appointees to the NJ Economic Development Authority’s board of directors amid investigations into the alleged mishandling of corporate tax incentives is having a chilling effect on the state’s business climate, NJBIA said Wednesday.

NJBIA President & CEO Michele Siekerka also said greater transparency is needed from the Murphy administration task force examining the EDA’s past actions so that the many honest companies that did meet EDA program requirements are not maligned by the alleged misdeeds of one or two bad actors.

“It is important for the governor’s task force to verify any identified deficiencies on how the tax incentive programs have been administered,” Siekerka said. “And we agree with Governor Murphy that a strong emphasis be placed on the effectiveness and oversight of EDA’s tax incentive programs.

“However, we also need to recognize the chilling affect this messaging and the misinformation that has been cast can have on our businesses, as well as the problematic situation that certified projects are being placed in,” Siekerka said.  “This is exactly what we don’t need as we struggle so much to compete in New Jersey. It is because of our status as an outlier in the nation for the cost of doing business that these incentives are so critical in the first place.”

Siekerka said EDA’s former board chairman, Larry Downes, who resigned yesterday at the governor’s request, is one of the state’s most respected business leaders.

“We are disappointed to lose his distinguished leadership and insight at this time when it’s absolutely critical that we grow New Jersey’s economy,” Siekerka said.

Downes issued a statement through the Governor’s Office, saying he agreed with Governor Murphy’s decision that a new board would be more effective in carrying out a mission aligned with the governor’s economic vision for economic growth and development.

Murphy accepted Downes’ resignation and commended him for his service.

“As first a member and later chairman of the board of the New Jersey Economic Development Authority, Larry Downes has been integral to achieving the state’s economic vision,” Murphy said in a statement to NJ Advance Media, which first reported the story. “His knowledge of New Jersey’s fiscal needs is unmatched and as one of the chief architects of our economic master plan, Larry was an essential component of the state’s economic growth throughout his tenure on the board.”

Other board members appointed by former Gov. Chris Christie have also reportedly been asked to resign, according to press reports.