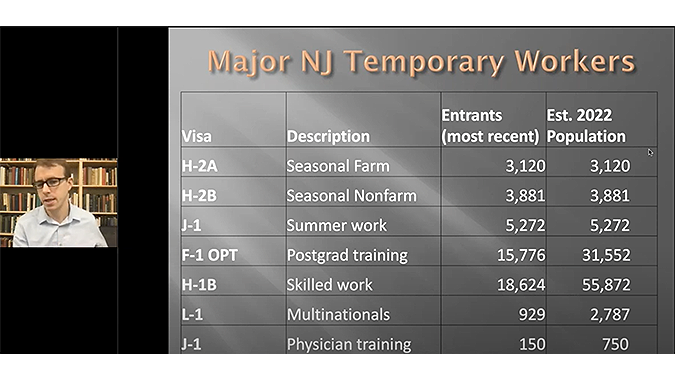 The number of job openings in New Jersey has doubled over two decades, but now about two-thirds of jobs remain unfilled each month, leaving employers increasingly dependent on temporary foreign workers to pick crops, mow the greens at golf courses and work in summer amusement parks.

Laurie-Ann Flanagan, executive vice president at DCLRS who does immigration consulting work on behalf of businesses, said employers are frustrated by the arbitrary federal cap on the number of temporary H-2B visas issued to foreign workers for nonfarm seasonal employment. Businesses need this visa program to fill temporary jobs for landscapers, hotel workers at summer resorts, seafood processing and more when there are not enough U.S. workers available for these jobs.

The H-2B program has a 66,000 cap for the entire country. In New Jersey 3,881 foreign workers were admitted in the last fiscal year with temporary H-2B visas that are good for up to 10 months.

“We really need a long-term solution to the cap,” Flanagan said. “There are employers that have applied for the program and qualified to bring in temporary workers, but they are getting ‘capped out’ because of this arbitrary cap that as put in place in 1990 by Congress.”

Bier, Flanagan and the other state and national experts who participated in The Urgent Need for Temporary Foreign Workers in New Jersey’s Economy on Dec. 1 also discussed the challenges with other types of visas, including the H-2A temporary visa program that employers use to bring in foreign agricultural workers, and the J-1 temporary visa program used by Six Flags Great Adventure, The Steel Pier in Atlantic City, Morey’s Piers in Wildwood and other New Jersey tourism businesses that hire  foreign college students to work amusement park rides and concessions during the summer months because there are not enough local residents available to do these jobs.

To view the entire recording of the panel discussion, go here.