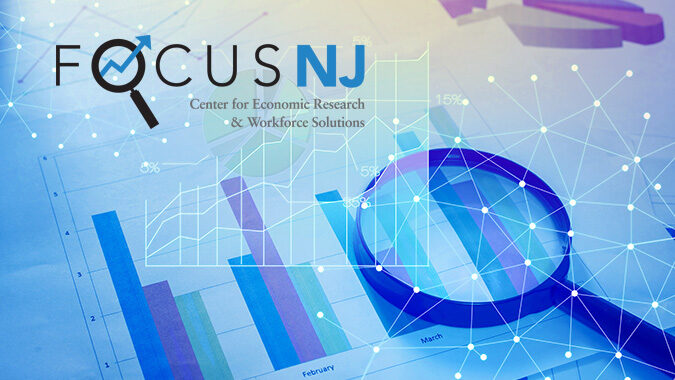 Focus NJ has finalized its 2021 Economic Review, chronicling the unique challenges New Jersey faced in the latter stages of the COVID-19 pandemic.

Among the key data found within the latest interactive report:

“This review represents an interesting snapshot of New Jersey’s economy at a time when there was a still a lingering hangover from the worst of the pandemic, with some stability beginning to take shape,” said Focus NJ Executive Director Kyle Sullender.

“That said, it’s clear to see that New Jersey had a bigger hill to climb in areas like employment and number of small businesses open as it headed into this year.”

Interestingly, New Jersey’s total labor force, which includes employed workers as well as those seeking employment, peaked at 4.7 million in June 2021 – before shrinking to 4.63 million from July to December.

Unemployment in New Jersey fell steadily throughout 2021. In January, there were 339,496 unemployed workers. But by December, that number dropped nearly 30% to 234,108 workers.

Still, New Jersey finished 2021 with an unemployment rate of 5.1%, higher than the national rate of 3.9% at the end of the year.

New Jersey also saw more workers quit their jobs in 2021 than in any previous year on record – although its “quit rate” peaked at 2.7% in August of 2021, which was below the national peak of 3.0% in December.

Total state level personal income increased by a whopping 41.9% from Q4 of 2020 to Q1 of 2021 – the dramatic rise closely linked to federal and state stimulus efforts in response to the pandemic.

That large increase, however, was not sustained as income fell about 17% in Q2 of 2021 and remained relatively stable for the remainder of the year in the absence of additional stimulus.

New Jersey’s GDP experienced annualized quarterly growth in excess of 7% in both Q1 and Q4 of 2021. It’s worth noting, however, that the state’s GDP growth decreased at an annual rate of 2.2% in the first quarter of 2022, as announced last week.

“Those findings would seem contrary,” Sullender said. “But it suggests that many small businesses did not survive the pandemic’s economic shocks, while those that did reaped the benefits of high consumer demand.”