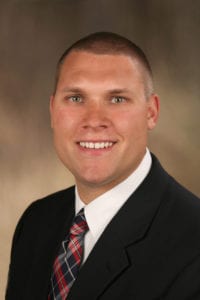 Yesterday, Gov. Murphy delivered his FY 2019 budget proposal, which spends $37.4 billion and maintains a surplus of $743 million. The proposal reflects a $2.7 billion increase from the FY 2018 Budget ($34.7). Below are a number of documents related to the proposal, as well as a summary which highlights many items important to the business community.

Note: While many of the issues outlined below are referenced throughout the summary, I have provided citations to serve as a reference point.  Here are the highlights of the FY 2019 budget proposal:
Expected Revenue Growth

Revenue growth is expected to be 5.7 percent or just over $2.0 billion, resulting from several anticipated tax law changes. Those include an 8.4 percent increase in gross income tax revenues to $16.232 billion, 8.2 percent growth in sales tax revenue to $11.180 billion, and 10.8 percent growth in corporate business tax revenue at $2.437 billion (pg. 23-26).
Tax Changes Impacting Businesses and Individuals
Corporation Business Tax (CBT)
The governor’s budget recommends a number of changes to the way in which New Jersey taxes businesses. The Governor’s proposed changes are expected to generate $110 million and include the following:

The governor’s business tax proposal also includes a one-time tax on the deemed repatriation of foreign-held assets, while further incorporating other revisions to hold New Jersey harmless for certain other provisions of the recent federal enactment (pg. 21).
Gross Income Tax (GIT)
The budget proposal includes a “millionaire’s tax” provision, which would increase the top income tax rate to 10.75 percent on income above $1 million. The change is projected to generate $765 million, and would be retroactive to January 1, 2018.  New Jersey’s current top rate is 8.97 percent on income over $500,000 (pg. 21).
Sales & Use Tax
The FY 2019 budget proposal restores the sales and use tax rate to 7.0 percent, up from the current 6.625 percent, and modernizes the tax base to include ridesharing services, transient accommodations, and certain remote sales. The change is expected to generate $581 million (pg. 25)

Transportation
The budget proposal includes a $2 billion State Transportation Capital Program funding. The program includes over $1.2 billion for state and local highway and bridge projects, and another $760 million for mass transportation projects.  Additionally, the program will be supported with $800 million in pay-as-you-go funding.

During his remarks, the governor also noted that NJ Transit will receive a General Fund appropriation of $383 million. The funds will allow NJ Transit to address immediate shortfalls and hiring efforts, providing near-term relief to riders while structural improvements are implemented.  This is in addition to Gov. Murphy’s Executive Order (EO) No. 5, which calls for a comprehensive review of NJ Transit’s operations and finances (pg. 15).

Education & Workforce Development Funding
The budget proposes spending more than $14.9 billion on pre-K – 12 education, a year-over-year increase of over $283 million in formula aid. The proposal represents year one of a four-year ramp-up to full funding under the School Funding Reform Act (SFRA) formula. Additionally, the proposal builds upon the $25 million ensured by the legislature in the current fiscal year, and adds an additional $57 million increase in pre-K aid for a total investment of $82 million.

The proposal also recommends an additional $2 million to fund the expansion of computer science education, to establish a grant program to help districts offer college-level computer science courses. The budget proposal also supports new investments to establish STEM-focused high schools that allow students to earn advanced degrees while preparing for the jobs of the future (pgs. 8-9).

Additionally, the Workforce Development Partnership Program (WDPP), administered by the Department of Labor and Workforce Development, will use $34.5 million for new and expanded programs that prepare workers for middle-skills jobs through apprenticeships and on-the-job training, upgrade the skills of incumbent workers to help them remain employed, and incentivize businesses to expand in or relocate to New Jersey (pg. 10).

Higher Education Funding
The FY 2019 budget proposal provides a total of $2.4 billion toward direct support of higher education and student financial aid programs.  Governor Murphy proposed a $50 million investment to establish new assistance programs for recent high school graduates and adults who have yet to complete their degrees. This is projected to allow nearly 15,000 more students from families with incomes below $45,000 to attend community college tuition-free.

Additionally, funding for Tuition Aid Grants (TAG) will see an increase of $7 million for a total of $432.9 million, while the proposal increases the Educational Opportunity Fund (EOF) by $1.5 million to $45.32 million (pg. 10).

Hospital Funding
The Governor’s proposal maintains charity care payments to hospitals at $252 million, focusing the majority of resources to those safety net facilities that provide the greatest volume of care to the uninsured relative to their total patient group.

It also maintains funding for Graduate Medical Education (GME) at $218 million. These funds are available to all hospitals that train doctors, and encourage robust medical education programs by offsetting a portion of the significant costs associated with the training of New Jersey’s next generation of physicians.

The FY 2019 budget also provides $166.6 million in state and federal funds for the Delivery System Reform Incentive Payments (DSRIP) program to help spur continuous improvement in the quality of care delivered to residents. This funding provides payments to facilities that are successful in achieving measurable improvements in specific areas such as disease management and quality of care (pgs. 12-13).

Pension and Health Benefits
The budget includes a $3.2 billion public pension payment, which represents six-tenths of the Actuarially Recommended Contribution (ARC) and helps to ensure New Jersey continues on a predictable and fiscally responsible path of increased funding for the pension system.  Additionally, the contribution would represent the largest single year contribution ever (pgs. 19-20).

Tax Relief for Homeowners and Families.
The budget proposes targeted tax relief measurers for both homeowners and families.  The governor’s proposal includes increasing the State property tax deduction cap from $10,000 to $15,000.

Additional proposals include allowing taxpayers with income below $60,000 to take a new state child and dependent care tax credit based on the federal credit, and increasing the Earned Income Tax Credit (EITC) from 35 percent of the federal credit to 40 percent over three years (pg. 22).

Agency budgets were changed as follows (page 27): ( ) denotes a decrease

Interfund transfers to the General Fund of note (pgs. 52-53):

Please stay tuned for additional budget-related updates, as I plan to keep everyone informed as the budget process continues.  The Governor and the Legislature have 110 days to enact the budget per the constitutional deadline. The FY 2019 budget must be passed by the State Legislature and signed into law by the Governor by July 1, 2018.