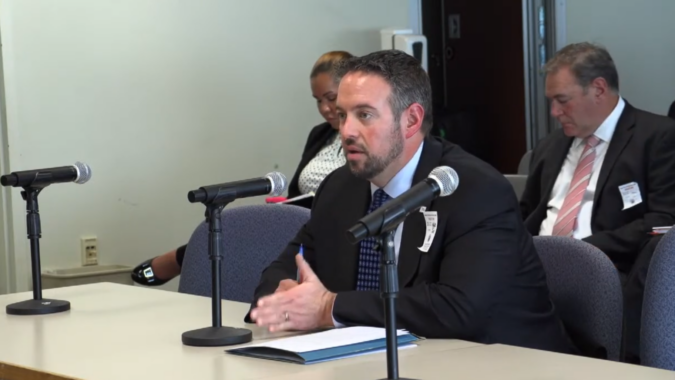 Testifying before the New Jersey Department of Banking and Insurance (DOBI) at the first of three public hearings, Emigholz said the move would benefit New Jersey as a whole by improving healthcare, helping the economy and boosting tax revenue.

“The older structure that Horizon is in has limits and I think the newer structure will allow Horizon to be more nimble, more innovative and provide better services,” Emigholz said. “So on the health side it’s a good thing.”

The move would also create more jobs and boost the economy, which is important considering how critical healthcare is to New Jersey’s economy overall, Emigholz said. Similarly, it will be good for state revenue, which will be positive for New Jersey taxpayers.

“I think if you put those three things together—good for the economy, good for jobs, good for taxpayers—I think it’s a win-win, and NJBIA is happy to support it,” Emigholz said.

The hearings are required by law before the restructuring can be approved. The DOBI commissioner will have 30 days after the last hearing to either accept or reject Horizon’s proposal.