NJBIA supports legislation up for a vote in the General Assembly today that would address the nursing shortage by allowing New Jersey to recognize the out-of-state licenses of professional nurses and licensed practical nurses. 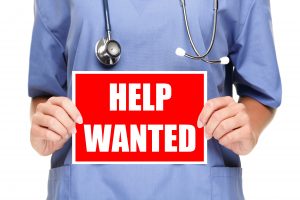 “New Jersey is facing a severe shortage of nurses,” said NJBIA Vice President Tony Bawidamann. “By 2030, New Jersey will be short 11,000 nurses — the third largest such deficit of any state. This legislation will help remedy that by making it possible for nurses licensed in other participating states to work here as well, without having to first go through the entire licensing process again in New Jersey.”

The bill, S-954/S1699/A1597 (Singleton, Vitale, Madden), would allow New Jersey to enter the enhanced multistate Nurse Licensure Compact (eNLC ), which is an agreement between states that allows a nurse to have one license to practice in all participating states. As part of a coordinated licensure information system, the database also includes the disciplinary history of all licensees.

“The legislation would help remedy the nursing shortage by streamlining the hiring process without diminishing the quality of care for patients,” Bawidamann said. “New Jersey should be part of the eNLC because it allows states to exchange information and better coordinate licensing and regulatory efforts. And as telemedicine expands and nursing become more mobile, it is especially important that geographical boundaries not impede licensed nurses from delivering care to patients.”

New Jersey previously enacted a law to enter the multistate compact, but that temporary law expired on Jan. 1, 2007. The National Council of State Boards of Nursing later adopted the eNLC, which was implemented on Jan. 19, 2018 and has 29 member states.