Pushing the Facts in the Temp Worker Bill 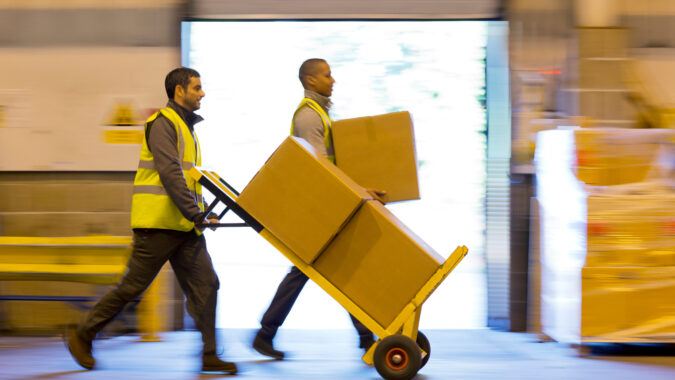 Since a temp worker bill strongly opposed by NJBIA was pulled from a Senate vote last week, sponsors and supporters have responded with ramped-up rhetoric in the press.

NJBIA Vice President of Government Affairs Alexis Bailey says while the legislation is well intended, its lack of balance and increased burdens would be crushing to legitimate New Jersey staffing agencies – and ultimately take away opportunities from the temp workers it aims to protect.

“There are other states that have increased protections for temporary workers without the over-extending and costly provisions in this bill that will, one, damage the industry and two, jeopardize jobs for these workers,” Bailey said.

“We believe that’s why legislative support for this bill has been wavering. There are provisions in this bill that will help temporary workers. But lawmakers should know that more balance is needed to protect workers without hurting an entire industry and the many flexible jobs it provides.”

Bill A-1474 seeks to establish a temporary workers bill of rights.

It would require temporary work agencies to provide contracted temporary workers with information such as job location, compensation and other terms in English and the temp workers’ primary language.

But the bill also requires temporary workers to be paid the average compensation rate AND the cash equivalent of the average cost of benefits paid to their employee counterparts.

Bailey said that provision is as “unworkable,” as it is costly.

“Temp agencies contract with multiple businesses that offer different benefits packages,” Bailey said. “These packages can encompass everything from 401k matches and health insurance to vacation days and life insurance policies. Calculating and providing payment for the average cost of these benefits packages will be a logistical burden.

“This provision will so greatly drive up the cost of utilizing temp agencies that it will jeopardize the staffing industry, harming businesses in need of temporary labor as well as workers who prefer these jobs,” Bailey said.

NJBIA has contended that the language of the bill requires temp workers assigned to work through third-party clients to be paid the same as the average rate of pay and benefits.

Bailey said this could actually result in a temp worker making more than an employee, which would increase company’s costs and create an unfairness for workers by usurping pay scales that are based on seniority and experience for permanent employees.

When asked about NJBIA’s take on that provision on NJ Spotlight News last week, Sen. Joseph Cryan, who co-sponsors the bill, said that point was “hyperbole” and a “lie.”

As a response, and to show the facts, NJBIA is putting the exact language of the bill here and below:

“If a business has a pay range of $20 to $30 for warehouse employees, you could have an average pay rate of $25, as an example,” Bailey said. “In that case, it is entirely possible that a temporary worker would be assigned that average $25 rate, while an employee with experience working for the company is making $22 an hour.”

Cryan countered that the bill states temporary workers would be paid “on equal value for equal work at the same equal time of seniority.”

Factually, there is no mention of seniority levels or equivalent experience anywhere to be found in the current language of the bill following Gov. Phil Murphy’s conditional veto last month, which can be found here.

“States like Illinois and Massachusetts have taken steps to provide further protections and transparency for temporary laborers, but they have done so without including this provision which will put the viability of temporary help service firms and third-party company relationships at risk,” Bailey said.

Supporters of the legislation also contend that temporary workers, in some cases, are making less than minimum wage because automatic deductions are being made on temp agency fees for transportation.

Bailey said that needs to be clarified.

“If a temporary worker is being offered transportation, that’s a benefit available to them if they can’t get to a job site by car or public transportation,” Bailey said.

“Transportation is an expense. But for a registered temp agency to make an automatic deduction on fees for transportation, workers have to say they are allowing those fees to be taken directly from their paycheck.

WHAT’S BEEN, WHAT’S NEXT

The bill’s run through the Legislature has not been smooth.

That final vote in the Senate was a narrow decision, 21-15.

Murphy conditionally vetoed the bill last month, but his CV did not change the most problematic provisions of the bill relating to the business community.

“We do respect the sponsors’ intent to provide more transparency and consistency for temporary laborers,” Bailey said. “We encourage temporary workers to work with registered temp agencies only and for them to report bad actors to the state Department of Labor, which has extensive authority to penalize those bad actors through current statutes.

“If this bill becomes law, it will unquestionably disrupt and jeopardize the relationship between third-party businesses and temporary help service firm. And the consequence of that will be higher costs for business and, ultimately, less availability for temporary work.”