Washington, DC – U.S. companies spent $73 billion on research and development (R&D) performed outside the United States in 2013, according to a new report by the National Science Foundation’s National Center for Science and Engineering Statistics. The total represented 18 percent of U.S. companies’ total R&D performance. These same companies spent $323 billion on R&D performed within the United States in 2013.

Washington, DC – Richard Harris reports on National Public Radio (NPR) that it has been 25 years since the National Academy of Sciences set its standards for appropriate scientific conduct, and the world of science has changed dramatically in that time. So now the academies of science, engineering and medicine have updated their standards. The report published on April 11, “Fostering Integrity in Research,” shines a spotlight on how the research enterprise as a whole creates incentives that can be detrimental to good research.
Study: NIH Budget Cuts Could Translate to Less Innovation and Fewer Patents

Washington, DC – Melissa Healy reports in the Los Angeles Times that, from research on stem cells and DNA sequencing to experiments with fruit flies and surveys of human behavior, projects funded by the National Institutes of Health (NIH) aim to make Americans healthier. A new analysis finds that NIH-funded research also fuels the kinds of innovations that drive the U.S. economy. Between 1990 and 2012, close to 1 in 10 projects made possible by an NIH grant resulted in a patent, usually for a university or a hospital.

Nutley, NJ – The new Seton Hall – Hackensack Meridian School of Medicine on April 11 announced the appointment of its founding Board of Governors, an assembly that harnesses the expertise of a wide array of prominent leaders from throughout the public and private sectors to help guide the school, slated to open in 2018. With backgrounds at the highest levels of healthcare, finance, business, industry, law, government, marketing, academia and theology, the board brings a wealth of experience and strategic capability to the new school of medicine.
Innovation NJ-Sponsored Event: NJCU Presidential Speaker Series Presents Dr. Bonnie Bassler at Liberty Science Center April 19

Jersey City, NJ – The Liberty Science Center and New Jersey City University (NJCU) are pleased to present their third annual lecture on Wednesday, April 19. Innovation New Jersey is pleased to be one of the supporting organizations for this free lecture, which is open to students, teachers, and the general public. Registration information can be found at

Glassboro, NJ – The American Society for Engineering Education (ASEE) has elected Dr. Stephanie Farrell, professor and founding chair of the Department of Experiential Engineering Education in the Henry M. Rowan College of Engineering at Rowan University, Glassboro, president-elect. Dr. Farrell will serve a one-year term in that position beginning in June 2017 and then serve for one year as president.

Newark, NJ – New Jersey Institute of Technology President Joel S. Bloom writes in NJBIZ: Near the close of World War II, Vannevar Bush, a science adviser to President Franklin D. Roosevelt, presented a vision for government-funded basic research to be conducted at American universities, with the products of that work to be developed for market application by the nation’s industries.
NJ EDA to Fill Market Need for Seed-Stage Capital Through NJ CoVest Fund; Aims to Help New Innovative Tech and Life Science Companies Thrive

Trenton, NJ – The New Jersey Economic Development Authority (EDA) on April 13 announced the creation of the NJ CoVest Fund, which will provide growth capital to early-stage technology and life sciences companies, driving up to $9 million in investment. The NJ CoVest Fund will fill a market need in New Jersey, ensuring the availability of capital at a company’s critical stage between product development and commercial operation expansion, when  limited funds are available and a funding gap exists. 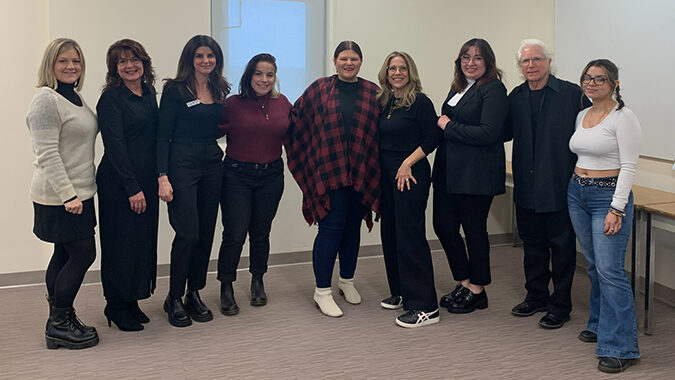