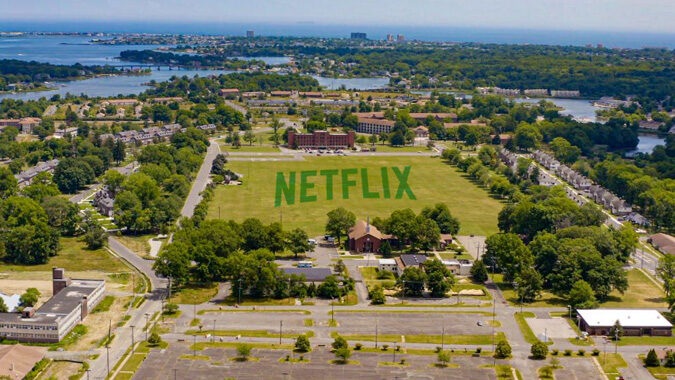 NJBIA President and CEO Michele Siekerka issued the following statement regarding the announcement by Netflix and Gov. Phil Murphy on Thursday night to build a state-of-the-art production facility on the former Fort Monmouth campus, along with a positive Fort Monmouth Economic Revitalization Authority (FMERA) vote to support a sales contract for Netflix to purchase a Mega Parcel on the property.

Previously, Siekerka had written this OpEd in NJ.com in strong support of Netflix’s plans to create its East Coast production hub at Fort Monmouth.

“We are thrilled by the promise this Netflix project will deliver. Jobs and innovation are at the heart of this Netflix-New Jersey partnership, just as they were throughout Fort Monmouth’s rich history.

“Having previously served with FMERA, it is heartening to reimagine these buildings and the property as once again a hub of creativity, innovation, and cutting-edge technology — not to mention home to some of our favorite TV shows. It’s a great way to continue Fort Monmouth’s legacy.

“Netflix’s capital investments will result in future-proof production industry jobs that will help bolster our state’s economy and enhance our identity as a national go-to for both small and large productions. Netflix’s presence will also bring positive results for neighboring small businesses. We very much look forward to the first “Action!” to take place at Fort Monmouth.”