Watching the ‘Lipstick Index’ as a Recession Indicator 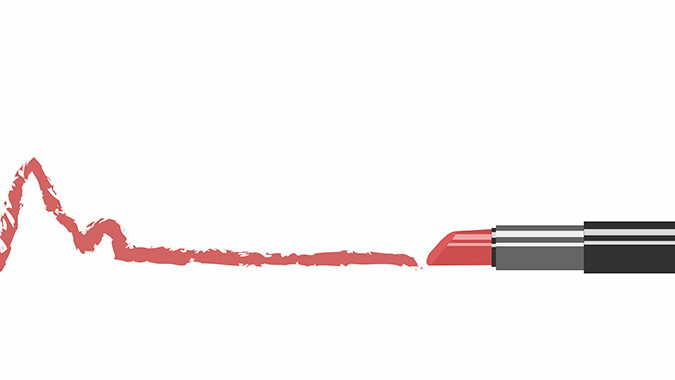 Debt.com said its recent analysis builds on the “lipstick index” concept Leonard Lauder coined in 2001 as a recession indicator. As chairman of Estee Lauder Cosmetics, he noticed a rise in lipstick sales and other cosmetics often meant the opposite of what many people thought. Instead of a sign of disposable income, it was a sign of tight budgets – because when consumers can afford less, they buy small luxury items instead of larger ones.

The Debt.com research team compared the inflation rate to Google’s search volume for the terms “lipstick,” “lip gloss” and “foundation” and found a 300% uptick in consumers searching for those products. (Google says 92% of mobile searches result in purchases). Debt.com then commissioned a survey of 1,000 beauty buyers and found that 38% are using credit to buy cosmetics and 37% are buying more cosmetics despite high inflation.

Vicki Gunvalson, spokesperson for Debt.com, said people like to think they are “making affordable choices by splurging on small items during hard times.”

Other survey results include:

“Credit card debt is rising, and Americans are carrying $887 billion of it,” Gunvalson added. “Now is not the time to get into holiday debt,” Gunvalson said. “Prioritizing financial wellness and careful money management is especially important right now, as the U.S. might be headed for some rocky times financially.”