Getting A Handle on Temporary Fix to NJ’s Bag Ban 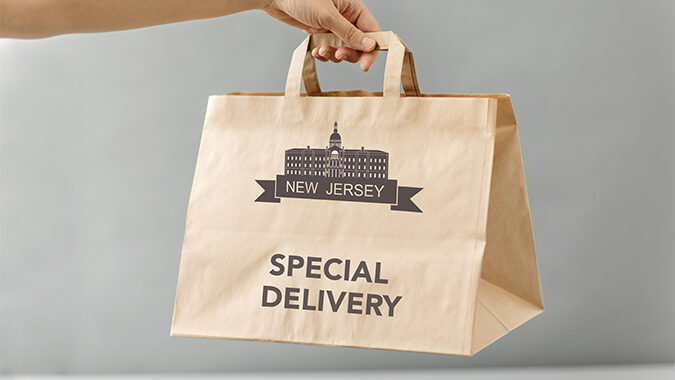 A bill that would allow grocery delivery services to return to using paper bags and cardboard boxes for three years was released by the Senate Environment and Energy Committee this week.

It was proposed because online shoppers say they have accumulated piles of reusable bags, which they are provided with each order. NJBIA said legislation for a relatively minor issue could have been avoided altogether.

“The (plastic bag ban) law has only been in implementation for a few months,” NJBIA Deputy Government Affairs Chief Ray Cantor testified. “And what we’re talking about is only some complaints from some consumers who are accumulating bags – a very small percentage of total bags that are being impacted by this legislation.

“This is a problem that we believe the industry will ultimately address. Business is very good at addressing consumer issues. This too will work its way out. We don’t necessarily need to have a whole new regulatory program to address this relatively minor issue.”

According to the ban, which went into effect in the spring, single-use plastic bags are not permitted, and paper bags are no longer an option for most grocery stores and all big box stores.

Bill S-3114 would allow New Jersey grocery stores to give customers the option of having their purchases delivered in paper bags – if they are made of 40% post-consumer recycled content – or cardboard boxes.

Cantor said the flexibility of allowing paper bags and cardboard was a positive provision, but that NJBIA did not support a limit on that flexibility. A three-year limit was settled upon, reduced from a five-year window originally proposed in the bill.

“We’re talking about paper and cardboard – which are renewable products,” he said. “They are recyclable. They’re biodegradable. We’re not sure why we’d want to ban for the first time – and that’s what this bill would do – cardboard boxes from being used after (three) years.”

The bill establishes the same provision for grocery stores which deliver, or third-party delivery services – which Cantor said could also be problematic.

“There are all different types of delivery services,” he said, before encouraging more investigation on how those companies operate before finalizing the bill.

Senator Bob Smith (D-17), a primary sponsor of the plastic bag ban and bill S-3114, said the original bill has been a major success in eliminating waste. The New Jersey Food Council, which also opposed the need for a bag ban fix, estimated in its testimony that 3 billion plastic bags and 68 million paper bags have been saved in the five months since the law went into effect.