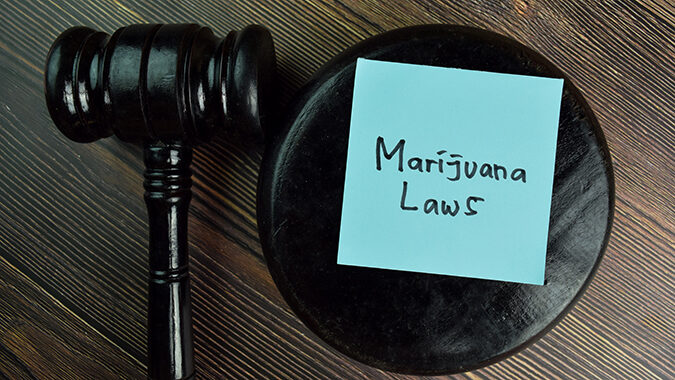 When New Jersey legalized marijuana for adult use, the business community knew the day would come when workplace safety concerns ran headfirst into legal protections for consumers. Now that day is here, but what exactly employers can and cannot do to keep people from coming to work under the influence of marijuana is as murky as ever.

“The employer community still has uncertainties about what employers can and cannot do,” said Cantor, NJBIA’s deputy chief Government Affairs officer. “There’s concern about litigation. There was just a lawsuit filed (last) week involving Walmart and their drug-testing policies. There are still some unresolved issues in the state Supreme Court.”

Unlike alcohol impairment, which can be determined reliably by a breathalyzer test, marijuana impairment has no reliable “in-time” test; urine and blood tests can determine if someone has used marijuana recently, but not if they are under the influence while at work.

About the only thing that’s for certain is that a drug test alone is not going to be enough to justify an adverse action against an employee. Beyond that, employers have a lot of legal gray areas to navigate.

The Cannabis Regulatory Commission (CRC) recently issued a guidance document that Riggs said would help employers, but he encouraged businesses to look at what they were doing before legalization.

“We’re not really breaking new ground here,” Riggs said. “We believe that impairment by cannabis should be treated no differently than how employers are handling impairment by any other substance. The key is to get to reasonable suspicion of impairment and to determine if an employee is unable to do their job in a safe way.”

“Reasonable suspicion” of impairment is the standard and it could include a drug test. But to take action against an employee, the worker would have to show other indications of impairment based on their behavior and physical condition. Eventually, employers will be able to use what are known as WIREs (Workplace Impairment Recognition Experts), who will be trained in how to make such determinations, but the CRC is still developing the regulations.

Fortunately, employers do not have to wait. Riggs said documenting observable signs of uncharacteristic or dangerous behaviors or demonstrating that someone is unable to carry out their work requirements, could produce a “reasonable suspicion.”

Even then, Catalano said, employers still confront a lot of uncertainty in how many steps and what the process should be.

He said the best advice is to talk to labor lawyers and the people who will be handling workplace drug issues for your company. Until courts start issue rulings on these cases and develop some sort of standard on what constitutes a reasonable suspicion, rulings will be made on a case-by-case basis.

“You’re not only going to have a drug and alcohol policy, but administrate it in good faith and consistently across all of your employees,” Catalano said.

Huch said he has been approached by organizations that have had individuals fail a drug test, but it’s not clear that the person did anything illegal.

“How do you know it didn’t happen in a state that already had adult-use sales? How do you know what substance they took? How do you know they’re not a patient? There’s ramifications for engaging the wrong way,” Huch said. “There’s potential fines that could be levied by the Department of Labor.”

Huch stressed that businesses should have a solid drug and alcohol policy because it gives them special protections. Beyond that, Huch suggested that HR managers approach the issue as a new way to engage with employees by explaining what the company is trying to do and giving them an opportunity to talk about their individual situation, such as if they have a prescription for medical marijuana. Such an approach, while not required by law, could help employers answer some of those questions.

Not all situations are so uncertain, Riggs said. If a company with a federal contract that requires employees to be tested for marijuana and be fired for a failed drug test, “it appears you are able to do that if you have a provable adverse impact.”

Similarly, professional truck drivers are regulated by federal law, and cannabis use is clearly prohibited for anyone with a CDL.

And while they are not the same as legislative requirements, a number of professions are governed by professional conduct rules that may prohibit marijuana use, though it’s unclear how enforceable they may be under the New Jersey law.

Catalano said one solution may be to use what he calls “impact negotiation.” Employers are not required to negotiate drug and alcohol policy or its enforcement with employees, even if their workplace is unionized, but that doesn’t mean an employer cannot gather employees together and ask them what they think about the effects of the policy in an effort to get their “buy in.”

“That may be an interim way, especially in a unionized workforce, to get through this until the science catches up,” Catalano said.

Eventually the CRC will have the regulations ready (they’re working with various stakeholders now, Riggs said), and the courts will issue rulings that will clarify what employers can and cannot do. Until then, employers will just have to use common sense and muddle through.

A recording of the event can be found here.