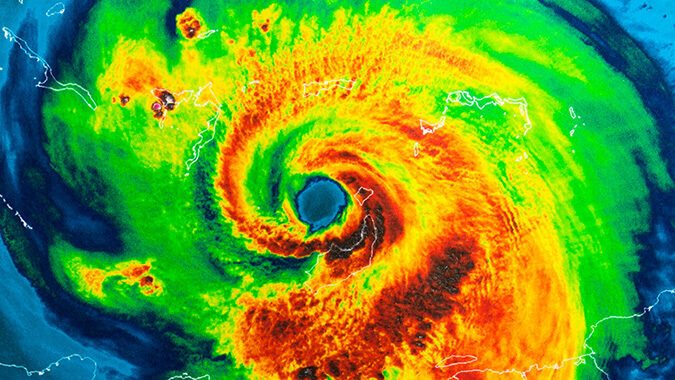 State, local and emergency managers and other community leaders will be able to look as far as 30 years into the future to understand long-term climate risks threatening their communities and develop informed resilience strategies using the new Climate Risk and Resilience Portal, ClimRR (anl.gov), developed jointly by AT&T, Argonne and FEMA.

At the same time, businesses can also use ClimRR to assess risks to their operations, infrastructure, employees and customers.  For example, utilities could examine the future climate risk exposure to their distributed infrastructure and consider adaptation strategies, like hardening the electrical grid, to withstand new climate extremes.

Initial hazards included in ClimRR are temperature, precipitation, wind and drought conditions. Additional risks, such as wildfire and flooding, will be added in the coming months.

AT&T originally commissioned Argonne’s Center for Climate Resilience and Decision Science to produce the climate projections in ClimRR for the company’s own adaptation efforts. Through this collaboration, AT&T has made the data used in ClimRR publicly available.

ClimRR provides peer-reviewed climate datasets in a non-technical format and puts high-resolution, forward-looking climate insights into the hands of those who need them most. Access to this information will assist leaders as they strategically invest in infrastructure and response capabilities to protect communities for future generations.

“While fortifying the AT&T network against climate change is critical for the millions of people who rely on the connectivity we provide, resiliency can’t be built in a vacuum,” said Charlene Lake, chief sustainability officer and SVP-Corporate Social Responsibility at AT&T.

“Our world is interdependent. We want other organizations and communities to see where they’re potentially vulnerable to climate change and take steps to become resilient,” Lake said. “That’s why we’re excited to make our data publicly available and to work closely with FEMA and Argonne to get it into the right hands.”

Argonne Director Paul Kearns said the laboratory is excited to launch the climate portal with AT&T and FEMA to give communities across the country free and open access to actionable climate data.

“Harnessing the power of our supercomputers, we are making cutting edge climate data available to the public sector and local planning officials to help them better understand local climate-change risks and take the needed actions to become more climate resilient,” Kearns said.

The data in ClimRR was produced by Argonne using the dynamical downscaling method, which simulates the many different processes affecting the atmosphere, ocean and land. This results in projections for a broader range of climate variables than the often-used statistical downscaling method and has the potential to improve estimates of extreme events at a local scale.

Climate projections from ClimRR can be overlayed with community and infrastructure information sourced from the Resilience Analysis and Planning Tool (RAPT). Combining data from ClimRR and RAPT allows users to understand local-scale climate risks in the context of existing community demographics and infrastructure, including the location of vulnerable populations and critical infrastructure.