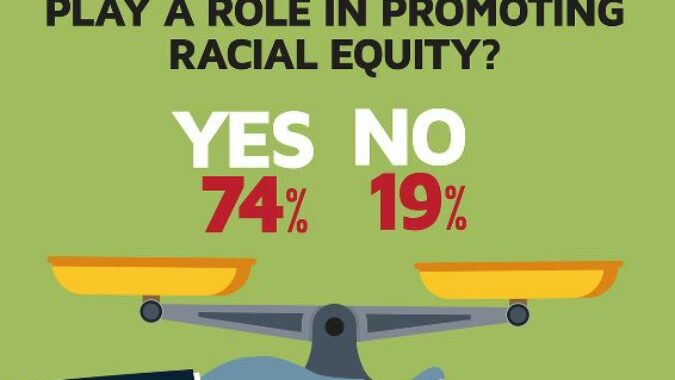 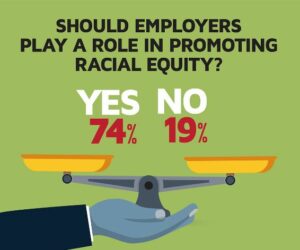 Most New Jerseyans very strongly believe employers should play a role in promoting racial equity, with 74% saying yes and only 19% saying no, according to the 5th annual New Jersey State of Diversity SM Survey, commissioned by Taft Communications and NJBIA.

NJBIA President & CEO Michele Siekerka said the survey responses were “very much in line with businesses we hear from who are looking to take a proactive approach to champion racial equity, both in and out of the workplace.”

“NJBIA continues to work with businesses on such best practices through our Diversity and Inclusion Council, which generates a good exchange of ideas on this very subject,” Siekerka said.

The survey found there were only small differences of opinion by race, age, or gender. However, opinions did diverge sharply by political affiliation with 87% of Democrats and 52% of Republicans saying their employers should play a role in promoting racial equity.

In light of recent events related to racism and inequality in the United States, the survey of working New Jerseyans also sought information on ways New Jersey employers are responding.

Since 2016, Taft has polled New Jerseyans to gain insights into public attitudes toward diversity in the state. This year’s poll was developed in conjunction with the NJBIA and conducted by the Fairleigh Dickinson University Poll. The survey, fielded from June 18 to 29, is based on the responses of 506 randomly selected working adults in New Jersey.