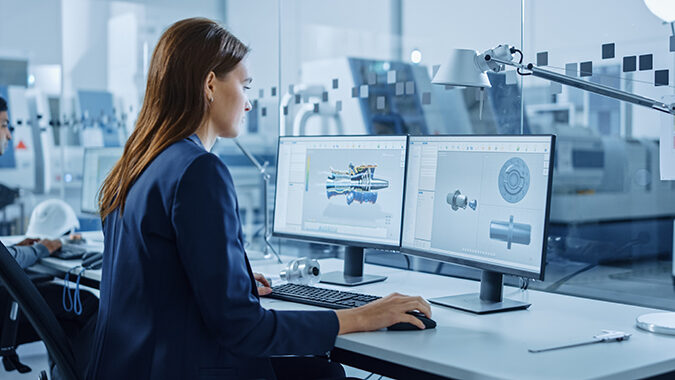 Fixing the childcare crisis and supporting career development opportunities for women in higher paying fields where they are now under-represented would go a long way toward addressing the declining participation of women in the workforce, NJBIA testified on Monday.

“To increase workforce participation rates in these higher-wage industries … it is important for New Jersey to increase and support career development opportunities for underserved groups, including women,” Buteas testified  at a joint meeting of the Assembly Women & Children and the Assembly Commerce & Economic Development committees.

“Manufacturing is an innovative, high-tech industry that should be promoted as an option for all residents, including women,” Buteas said, noting there are currently 996,000 open well-paying manufacturing positions in the U.S. and a shortage of qualified workers.

Buteas noted that NJBIA has partnered with the state’s community colleges to create the NJ Pathways to Career Opportunities initiative, which is playing a critical role in helping workers across the state obtain stackable credentials to advance in well-paying, in-demand careers, such as manufacturing, supply chain management, technology, and energy infrastructure.

NJBIA is also proud to partner with the NJ Manufacturing Extension Program (NJMEP) to strengthen support of manufacturing businesses and raise awareness of employment opportunities for well-paying jobs in this industry.

The lack of access to quality, affordable childcare also has a disproportionate impact on female labor force participation, and the coronavirus pandemic has underscored this, Buteas said. NJBIA recently held an online forum with business leaders, childcare providers, children’s advocacy groups and state officials about what businesses can offer in childcare solutions.

“The report also found that while women are now largely getting back to work in our state, there are major changes in their employment now post-pandemic, particularly for low-income women,” Buteas said. “It found 20.5% women in households earning less than $50,000 have cut their work hours, 14.6% left their job, and 13.2% have taken unpaid leave because of childcare disruptions.”

There are several solutions before the Legislature right now, supported by NJBIA, that can make a significant difference in mitigating the childcare access crisis, Buteas said.

“Enhancing career development and skill-building opportunities for underrepresented groups as well as strengthening our state’s childcare and healthcare infrastructure will help narrow labor force participation and earning gaps for women in the workforce,” Buteas said.