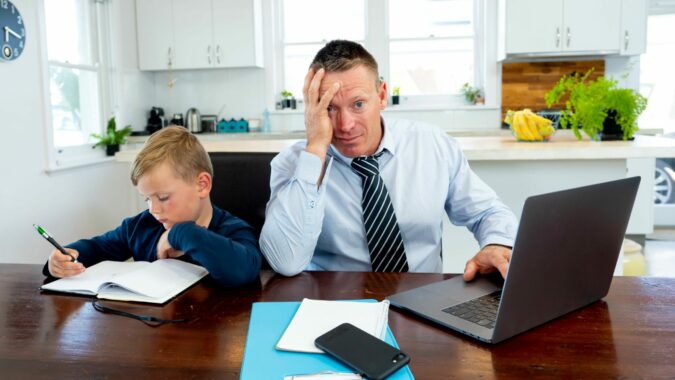 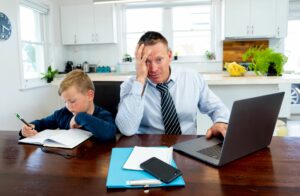 While one might assume the global pandemic and election-year politics would be biggest sources of stress for most Americans, it turns out that taking care of children in virtual school and using  social media are the main culprits, according to the findings of Fairleigh Dickinson University researchers.

A recent FDU Poll survey found that more than half (51%) of parents who have to assist their children with virtual school at least once per day are much more stressed than those who say they do so less than once a day, or never.

By including a validated psychological stress scale in the survey (Perceived Stress Scale), the researchers determined how stressed Americans are right now, and pinpointed which concerns, traits and behaviors are linked with the highest and lowest levels of stress.

It might seem that paying close attention to the presidential election would lead to higher levels of stress, however, the survey found that paying close attention to the race correlated with lower levels of perceived stress. Only 32% of Americans who are following the election very closely report high levels of stress, compared with 38% among those who say that they are following it somewhat closely, and more than half (52%) among those who aren’t following it at all closely.

“Normally, once your kids are at school, the most intensive part of parenting is over,” said Dr. Dan Cassino, a professor of Government and Politics at Fairleigh Dickinson University. “But the average parent who has to help with virtual school is as stressed out as the parent of a toddler.”

“It’s not clear from the data whether using social media is stressing people out, or if stressed people are just using social media more,” said Cassino. “But there certainly seem to be less stress-inducing ways of getting news and information, so social media definitely isn’t helping.”

The full analysis, along with the poll’s questions and tables and a detailed methodological statement, can be found on the FDU Poll website.