RNG and Hydrogen: Time to Grow a New Clean Energy Market in NJ 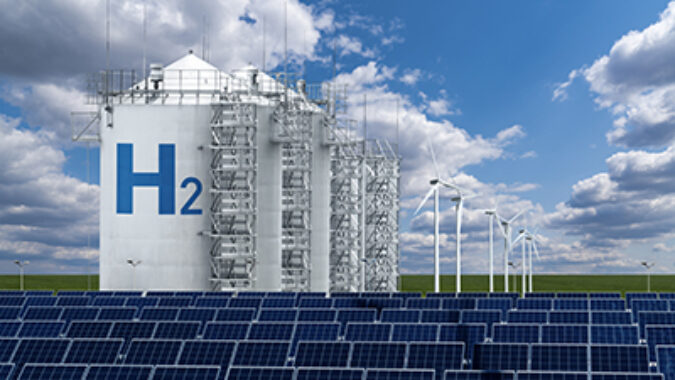 Incentivizing the growth of renewable natural gas (RNG) and green hydrogen will help New Jersey meet its clean energy goals, preserve well-paying jobs and generate positive economic growth for the state, NJBIA said in a letter to legislative leaders in support of two bills now pending in the Legislature.

“As the business community seeks to move to net-zero carbon in the most cost-effective manner, we see S-2526/A-5655 as a ‘win-win,’” NJBIA Vice President of Government Affairs Ray Cantor wrote in a recent letter to Senate President Steve Sweeney, Assembly Speaker Craig Coughlin and the chairmen of the two legislative committees that would be the first to schedule meetings on the bills.

While traditional natural gas is a fossil fuel with a high carbon content, renewable natural gas is net-zero carbon because it is derived from the methane produced by landfills, sewage treatment plants, and other biological sources. It can be used for anything that natural gas is used for, including powering vehicles and heating homes. Green hydrogen, which is produced using renewable energy and electrolysis to split water, can be burnt to produce heat or fed into a fuel cell to make electricity.

“The growth of RNG and hydrogen will benefit our environment and help the State fulfill the goals set forth within the Energy Master Plan and the Global Warming Response Act,” Cantor said.  “These fuels will leverage the existing natural gas distribution system and, therefore, will be beneficial to the utility ratepayer, since RNG and hydrogen are relatively inexpensive ways to reduce carbon emissions.”

The bills, sponsored by Senator Dawn Addiego (D-8), Assemblyman Robert J. Karabinchak (D-18) and Assembly Majority Leader Louis Greenwald (D-6), would direct the state Board of Public Utilities to establish a program encouraging procurement of RNG and investment in RNG infrastructure by gas public utilities. The bill also sets portfolio targets for the distribution of renewable natural gas to the utility’s retail natural gas customers in the State, for energy years 2022 through 2050.

The legislation defines RNG as biogases that can blend with or substitute for geologic natural gas, or hydrogen gas derived from renewable energy sources, or methane derived from any combination of biogas, hydrogen gas or carbon oxides.

“RNG and hydrogen will benefit the economy since these fuels can be produced right here in New Jersey unlike traditional natural gas which comes from out of state,” Cantor said, noting new jobs will be created to build and maintain anerobic digesters, electrolyzers and other equipment needed to produce RNG/hydrogen for the pipelines already in the ground.