Pundits: What a Gov. Guadagno or Gov. Murphy Will Mean for NJ Businesses 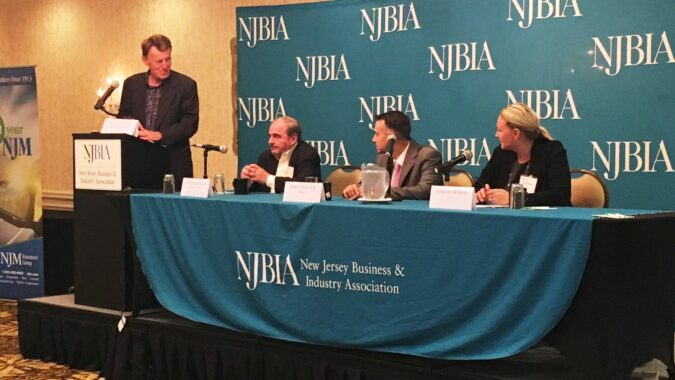 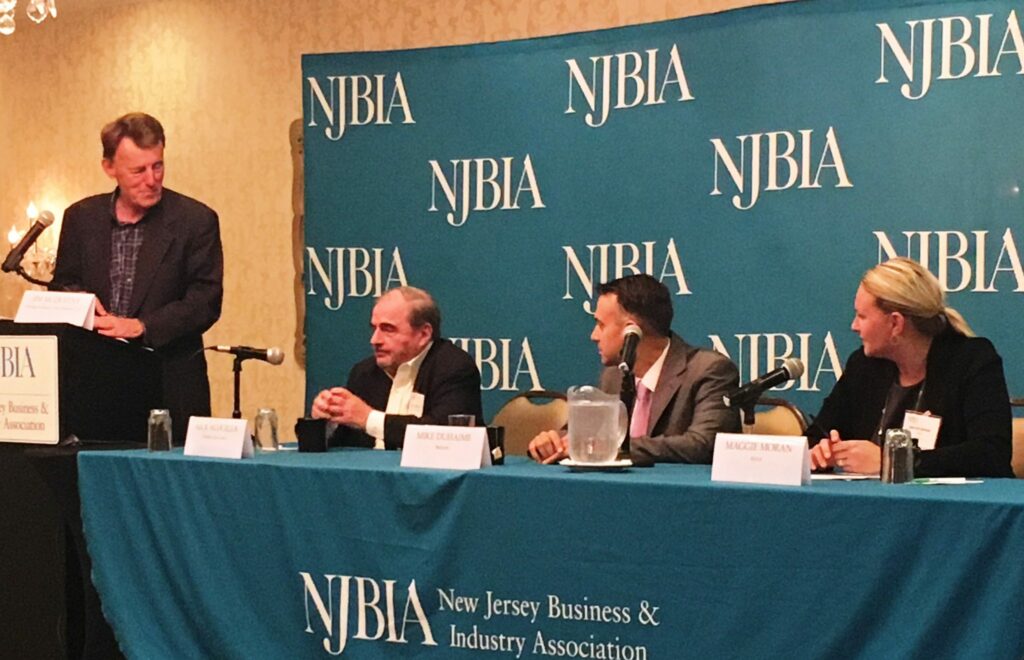 In less than four weeks, New Jersey will elect a new governor. Despite numerous third-party candidates, the race is essentially between Republican Kim Guadagno, the sitting lieutenant governor, and Democrat Phil Murphy, a former Goldman Sachs executive and former U.S. Ambassador to Germany.

So what will the next governor mean for the business community? NJBIA brought together three of the state’s top political experts this morning to assess where the race stands now and look into the future of what a Murphy or Guadagno administration may mean for New Jersey businesses.

Nick Acocella, editor and publisher of the influential Politifax newsletter, was joined by political consultants Mike DuHaime for the Republicans and Maggie Moran on the Democratic side. The panel was moderated by Jim McQueeny, the founder of Winning Strategies.  “They’re both centrist candidates,” Acocella said. “Murphy sometimes appears to be off to the left, but in terms of business interests, they’re both very centrist candidates. They’re not going to deviate too far from what groups like this want, because groups like this are so central to what New Jersey is.”

DuHaime said that putting aside the candidates’ similar business philosophies, Murphy has promised a lot of government spending to a lot of different groups. Where does that money come from?

Moran disagreed. First, she said, Murphy’s experience at Goldman Sachs has shown him that tax hikes on things like professional services would hurt the economy, and pointed out that he supports eliminating the estate tax. Second, groups in Trenton like NJEA and the CWA are much more pragmatic than they have been in the past.“They fully understand that this economy has to grow before they’re going to get” the funding they want, she said.

Businesses, meanwhile, have a good opportunity to be part of the conversation thanks to Opportunity NJ, a 501(c)3 co-founded by NJBIA and the NJ State Chamber of Commerce.

“One of the things that hasn’t happened in the last 20 years since I have been around in New Jersey is that the business community didn’t have a cohesive advocacy program to really explain the unaffordability of the state,” Moran said.

The business community will be successful if it pursues a reform agenda that makes it easier to grow businesses while enhancing the state’s ability to succeed, much like last year’s initiative to renew the Transportation Trust Fund while enacting comprehensive tax reform, Moran said.

DuHaime pointed out that as lieutenant governor, Guadagno has spent the last eight years working with business and can be expected to have more of an open door to business groups.

“She was asked to take a big role in business, and she’s done that and done it very well,” DuHaime said. “This is a place where I think she has a real command of the issues and understanding of the issues.”

Another factor to consider, Acocella said, is the state’s finances. Whichever candidate gets elected is going to have little room to maneuver.

After the election “you’re going to see a narrowing of interests where this organization and labor are going to get pieces of what they want. But there’s not enough to go around to get a lot of what anybody wants,” Acocella said.

3 responses to “Pundits: What a Gov. Guadagno or Gov. Murphy Will Mean for NJ Businesses”