Risky for Companies to Speak Out on Hot-Button Issues? Or Too Risky Not To?

In these highly polarized times, corporations are under increasing pressure from customers, employees, investors and the communities where they operate to take a stand on hot-button political, racial and social issues.

At NJBIA’s recent “Stronger Together Diversity & Inclusion Summit,” a panel of CEOs and experts in HR, law and communications, weighed in on the risks of speaking out on controversial issues and how attempts by CEOs to avoid controversy can unintentionally make their companies a magnet for it.

Attorney Katherin Nukk-Freeman, partner at the employment law firm Nukk-Freeman & Cerra, P.C., noted the recent boycotts launched against several large corporations in Georgia after their CEOs did not initially issue strong condemnations of that state’s new restrictive voter registration law. Activists said the law would suppress the vote in Black and historically disenfranchised communities and took corporations to task for what was perceived as a muted response.

Major employers in Georgia, especially those that had previously pledged to do more to promote racial justice after George Floyd’s death and the Black Lives Matters protests, were now accused of talking the talk but not walking the walk, Nukk-Freeman said. In the age of social media, the backlash and boycotts against these companies spread swiftly until the CEOs issued more forceful statements against the law.

“You always have to be thinking about when and where do I make a statement because your customers, and clients, and patients are all watching. Your employees and your prospective employees are all watching, and they want to see you put your money where your mouth is,” Nukk-Freeman said.

Making a public statement on a hot-button political or social issue, however, also carries risks of alienating some customers, employees or shareholders. Companies should, therefore, consider how the controversial issue relates to their mission and core values, and whether taking a public stand will be impactful and meaningful, the panelists said.

“You have to understand that you’re going to have to take a stand that doesn’t always make everybody happy, but you know that it’s the right thing to do for your organization based on your mission, your core values and what you need and want to accomplish,” Nukk-Freeman said.

Armond Kinsey, vice president, and chief diversity officer at Atlantic Health System, agreed, saying his company’s “guiding compass” on whether to speak out on a hot-button issue comes down to how it relates to its corporate mission to build healthier communities. This means understanding many indirect factors affect people’s health, such as stress and whether they are earning a living wage, he said.

“We always go back to the mission and is what’s happening or is the statement supportive of that mission,” Kinsey said. “That is front of mind for us when we think of how to address a social situation, political challenges, etc. How can we, our patients and our communities stay whole.”

Public statements about hot-button topics, whether they are being made internally to employees or externally to the public, should not be so overly general that they are meaningless, and they should not make promises that the corporation will be unable to fulfill, panelists said. Statements should be “authentic” and reflect the beliefs of the organization.

Ferguson stressed that companies need to be proactive, not just reactive, when it comes to speaking out on racial equity and social justice issues that are important and they should always keep the community informed about changes being made within the organization that align with that mission.

“If there are big shifts in how you’re operating, you can share that through your social media or a press release the same way you would share your big wins when you get a new client or have a new product,” Ferguson said. “You don’t need to wait for some tragedy to happen to state what you’re doing on a frequent basis to engage your community, both internal and external, on your journey.”

Kinsey said when a company engages with the community about its efforts, it becomes a stakeholder in its community.

“It’s so important because when you become a stakeholder in your community … if something goes left, they can count on you to have their back…” Kinsey said.

Go here to watch the entire online panel discussion, which was moderated by Chaya Pamula, CEO of PamTen, on March 31. 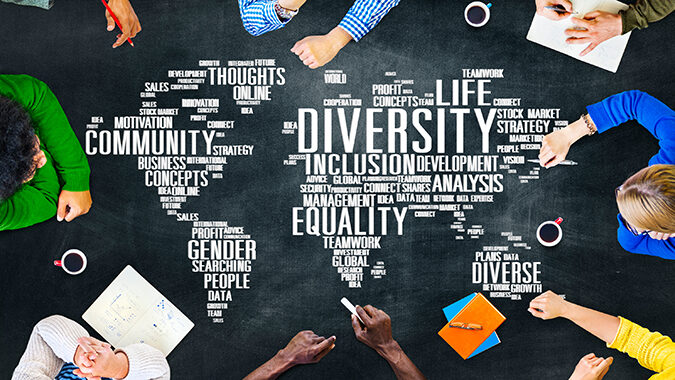